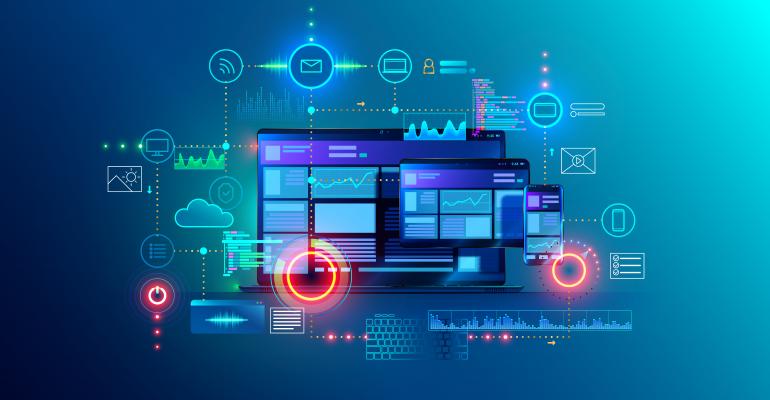 While low-code/no-code tools have received a lot of attention due to the COVID-19 pandemic, these tools have been around well before the pandemic even began.

We have profiled the big three (Microsoft, Amazon, and Google) to discuss their offerings in this area. For organizations already established in those ecosystems, it makes sense to use low-code/no-code tools integrated into their productivity and collaboration suites.

We all know big low-code/no-code options can fill in many levels of automation and digitization of workflows, but they’re not the only low-code/no-code platforms out there. There are plenty of other companies that are also offering low-code/no-code tools aimed at optimizing workflows across very specific industry verticals.

In this case study, Pulpstream walks ITPro Today through how it helped the human resource consulting firm Randstad with upgrading its manual process for handling workers’ compensation incidents and worksite evaluations

How Randstad Used To Work

Randstad’s process for handling workers compensation incidents and worksite evaluations was described by the company as disjointed and it lacked any centralized database or dashboard for data handling or review as cases were being created and managed through the process. The existing workflow usually resulted in these workers compensation cases being handled inconsistently and, at times, delayed because of the individual processes used by remote offices without any centralized process standardization.

According to Romy Malvia, founder, and CEO of Pulpstream, Randstad’s process for filing an incident report and the subsequent investigation process involved nine major steps. Along the way, multiple state-specific documentations are also required to be completed and filed with the appropriate authorities. At Randstad, more than 4,000 representatives from branch offices of the company were involved in those manual and labor-intensive reporting, investigation, and resolution workflows. The typical timeframe to bring all that data together to correctly process the claim was two to three weeks.

Using Pulpstream’s low-code/no-code tools, Randstad digitized this entire workflow and took the opportunity during this transformation period to build what they believed was the ideal version of the process.

Pulpstream generated all the required state-specific documents that were required for each case based on the employee’s work location automatically. This one small step of automation alone saved nearly 60% of the processing time in most cases. The app-based digital process also allowed employees who were remote or at home recuperating to complete their portion of the paperwork process electronically rather than hard copy paperwork being delayed for an in-person office visit after the injured employee was able to be ambulatory.

It took six people approximately four to five months to convert Randstad’s manual process into a digital workflow on Pulpstream’s low-code/no-code platform. It was then rolled out to the more than 4,000 Randstad branch offices for implementation. The new digital system works on mobile and desktop devices and reports can even be filed in an offline status for upload once connectivity is restored. By integrating closely with their existing systems, duplication was also avoided and the total cycle time was reduced by as much as 60-70%.

As a result, Randstad ended up with access to a detailed and actionable set of data from both workers compensation claims and worksite evaluations that were in progress or completed. Overall, their claim reporting and tracking system resulted in better situational awareness for in-process actions. In addition, the new system improved communications and coordination with their employees and field offices.

Pulsptream shared that Randstad estimated that they are saving approximately $1.4 million per year in costs associated with their workers compensation and worksite evaluations because of its digital transformation.

Pulpstream has assisted other companies with their own digital transformations using the company’s low-code/no-code platform including:

Branch Group shifted from paper-based safety inspections that had to be distributed in hard copy to various stakeholders to an electronic form accessible through mobile devices. The new Data Insights dashboard brought all the data together and made it accessible to all applicable parties for review and analysis.

Santa Clara County Parks switched a paper-based logging and incident process management workflow to all digital, which removed physical paper from the tasks. All such reports and data are now filed using their mobile phone, including necessary court documents related to incidents, which are auto-generated.

Result: New customized digital workflow was online in less than three months. Park rangers no longer had to fill out an initial paper report and then return to a physical office to enter that information into a database. The entire report could be entered on the phone even without cellular connectivity for the device, and then the report and images taken with the same phone could be uploaded for reporting once device connectivity was restored.

Incoming incident reports are assigned to appropriate personnel on the backend based on a set of rules established by Santa Clara County Parks leadership. Digital tracking happens along the entire workflow.

In addition, the Park Rangers use their county credentials to access this system rather than needing an additional login and password.