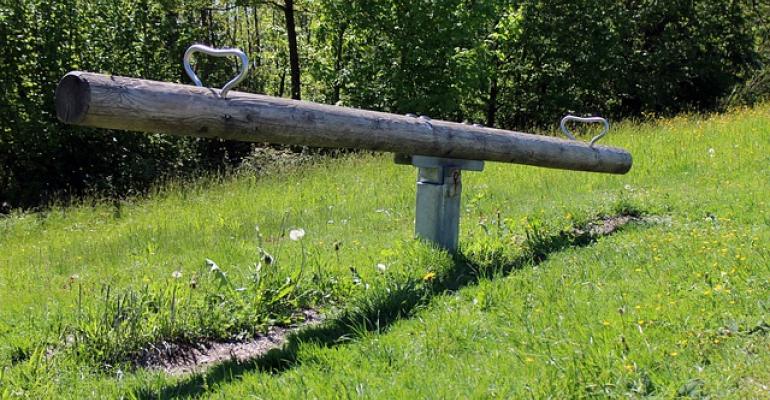 It's not yet ready for prime time, but on Monday Seattle-based startup Heptio announced it's bringing a Kubernetes load balancing solution to market. The project, Gimbal, is the result of a collaboration with Actapio, a subsidiary of Yahoo Japan Corporation.

We might call this "software defined load balancing," because it's all done with ones and zeros, without any need for expensive hardware, but it can work in conjunction with existing hardware-based load balancing infrastructures. This being Heptio, the software is designed to bring load balancing to containers and container clusters, working hand-in-hand with Kubernetes, something that most hardware driven load balancing solutions aren't designed to do.

"Even the software load balancing systems were not really built around the container universe," Heptio's co-founder and CEO, Craig McLuckie, told ITPro Today in an interview that included Joe Beda, also a co-founder and the company's CTO. "If you think about Nginx and HAProxy, it's an older generation of technology that doesn't fit as well into the Kubernetes ecosystem. What we've tried to create here is something that's cloud native really, but also legacy workload friendly."

Gimbal routes high volume traffic into both Kubernetes clusters and existing solutions like OpenStack that often live side by side in enterprise data centers. Because it's a cloud native solution, it can handle the dynamic nature of managing Kubernetes workloads.

"As they looked to move to containers in Kubernetes, they wanted to find a way to seamlessly shift these applications from being OpenStack only, to being split between OpenStack and Kubernetes, and then eventually to be completely Kubernetes," Beda explained. "By extracting the load balancing from being sort of one to one between a hardware device and the OpenStack cluster to being something that's a software system that's scalable and actually sits in front of a set of clusters, they are able to achieve that goal of being able to move applications around and shift the load balancing targeting as the applications move."

The project is built to work with Envoy, an open source Cloud Native Computing Foundation project originally developed by Lyft to help the ride sharing company move away from a monolithic architecture to take advantage of containers and other cloud native technologies.

At present, a single Gimbal deployment won't scale across multiple clouds, but is confined to the data center or public cloud on which it's installed. According to McLuckie, however, a hybrid cloud using multiple cloud providers can use it both on-prem and on each cloud service being leveraged with multiple installations.

"While it's not really set up to manage load balancing in to multiple cloud deployments, it is something that you can run in a variety of different cloud environments," McLuckie said. "You can have a standard way to set up or manage a load balancing function that works on Amazon, Google, Microsoft or on-prem."

It's not surprising that Actapio turned to Heptio for help with with its efforts to get Kubernetes into its OpenStack environment. Heptio's co-founders, along with Microsoft's Brendan Burns, were the original developers of Kubernetes, and were responsible for convincing Google to release it under an open source license.

There's also no surprise that Gimbal is being released as open source. Like Red Hat, Heptio is a pure open source player and has released all of its products -- a list that includes Ark, Sonobuoy, ksonnet, and Contour -- as open source.

Actapio's parent company, Yahoo Japan, also has open source DNA in its blood, especially on the hardware side. The company is an active community member of the Open Compute Project (OCP), an organization started by Facebook to share data center designs in an open source manner. On April 17, the company announced that a new data center it's building in Washington State will be built using OCP designs.

So when will Gimbal be ready to fly solo?

"It's something that is still in active development," McLuckie said. "It will take, I would say, months rather than years before we get it to a point where we consider it production ready. Our preference is always to put something out there early so that we can bring the [open source] community along rather than waiting a long time and then dropping something that isn't necessarily shaped by the community itself."

Anyone who wants to take a test spin can download it on GitHub.