Find expert insight on the latest in the world of supercomputers here. 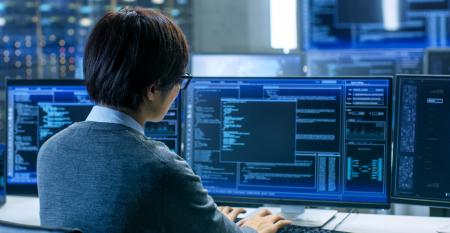 Fujitsu Offers Cloud Access to Tech Powering World’s Fastest Supercomputer
Apr 06, 2022
You can have your own A64FX CPUs, in the cloud.

Meta Is Building the World’s Fastest AI Supercomputer
Jan 24, 2022
The machine will be capable of training AI models on real-world data sourced from the company’s platforms.

A Short Introduction to Quantum Computing
Dec 15, 2021
While the prospect of a quantum notebook or mobile phone look a very long way off, it’s likely that quantum computers will be...

Nvidia Rolls Out Slew of New AI Hardware for Data Centers
Apr 13, 2021
GTC Spring announcements aim for AI computing at the top and bottom of the spectrum.

Nvidia Is Designing an Arm Data Center CPU for Beyond-x86 AI Models
Apr 12, 2021
Tightly integrated with Nvidia GPUs, the company’s first CPU is meant for the near future when AI models reach trillions of parameters.

Machine Learning Is Helping High-Performance Computing Go Mainstream
Jan 13, 2021
Proliferation of AI, in combination with cloud platforms making it easier to test the waters, have led more IT organizations to turn to HPC-style infrastructure.