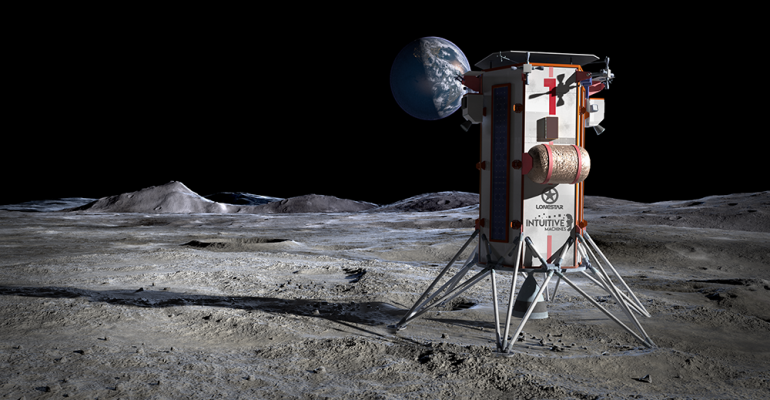 This Startup Is Planning to Put Data Centers on the Moon

Lonestar has signed contracts for its first two missions, and could start offering off-world server capacity as early as 2023.

American startup Lonestar Data Holdings has come out of stealth to announce it is establishing a network of data centers on the Moon.

Lonestar said it has contracted for its first two missions and the construction of the first server payload, which will be built by Skycorp, a company that develops Orbital Logistics Vehicles to allow customized infrastructure from third parties to be hosted in space.

Related: The Idea of Data Centers in Space Just Got a Little Less Crazy

The third member of the project is Intuitive Machines, a company founded in 2013 with the specific goal of delivering commercial payloads to the Moon, that has since carried out several major projects for NASA.

In terms of project funding, a spokesperson for the company told Data Center Knowledge that Lonestar is backed by Scout Ventures, Seldor Capital, and 2 Future Holdings, and is in the process of closing out its $5 million seed round.

A different kind of edge computing

The goal is to put familiar, easy-to-operate data center infrastructure on the Moon – and Lonestar is planning to do this within a year or so.

The first test of its systems is expected to be carried out in mid- to late 2022, when a software-only "virtual payload" packed into NASA’s Nova-C lander will be sent to space aboard a SpaceX Falcon 9 rocket, as part of Intuitive Machines’ IM-1 mission which is headed to the Vallis Schroteri region on the lunar surface.

Nova-C is a new breed of lander, created with commercial expiration of space in mind. Designed and built by the private sector, its first mission will carry five NASA and four commercial payloads – 100 kg in total.

The first deployment of an actual lunar data center will happen after December 2022, using the ‘rideshare’ option of Intuitive Machine’s IM-2 mission to the lunar south pole.

Lonestar said it has made the filings with the ITU to obtain the spectrum licenses required to deliver bandwidth on the Moon. The company has also contracted architectural firm BIG for the exterior design of the first lunar data center.

The idea of conventional data centers in space is not as far-fetched as it might sound: this boundary was crossed in February 2021, when the International Space Station received the Spaceborne Computer-2, consisting of a set of rack-mount HPE Edgeline Converged EL4000 Edge and HPE ProLiant servers, each with an Nvidia T4 GPU to support AI workloads.

And in December 2021, the ISS started minting Non-Fungible Tokens (NFTs) as part of an experiment meant to test a variety of compute and communication technologies in space. Lonestar participated in this project, alongside software giant Canonical, and Redwire Corporation – another recently established venture with an eye towards space infrastructure. Skycorp, too, has run servers on the ISS.

“Skycorp is pleased to be able to provide our advanced multi-core RISC-V in space server architecture to the forward thinking team at Lonestar,” said Dennis Wingo, founder and CEO of Skycorp. “Our system is currently operating as the world’s first web server on the International Space Station and we look forward to supporting Lonestar in their groundbreaking Lunar application next year.”

In terms of the benefits of lunar infrastructure, Lonestar attempts to position the Moon as the answer to some of the environmental challenges facing data centers on our home planet.

“Data is the greatest currency created by the human race,” said Chris Stott, founder of Lonestar. “We are dependent upon it for nearly everything we do and it is too important to us as a species to store in Earth’s ever more fragile biosphere. Earth’s largest satellite, our Moon, represents the ideal place to safely store our future.”