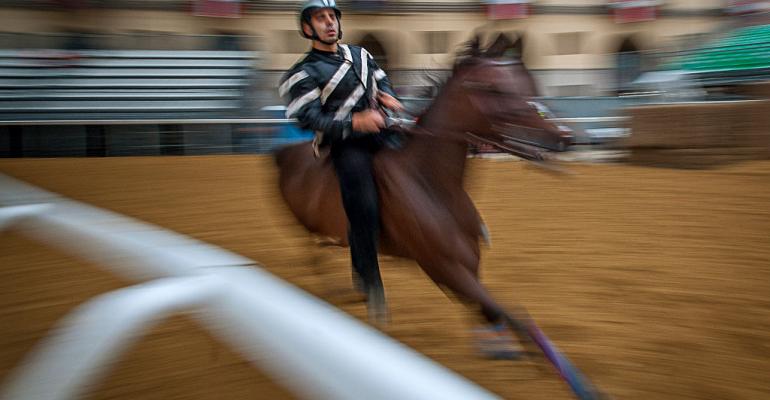 The ProLiant DL385 Gen10 server running AMD's EPYC chips is scheduled to be available in December.

Here's some news that should give chip maker AMD a needed shot in the arm for its new EPYC line of processors. Two new world record Standard Performance Evaluation Corporation (SPEC) benchmarks have been set by a soon-to-be-released Hewlett Packard Enterprise Gen10 ProLiant server powered by AMD's EPYC processors.

Related: Why AMD Thinks Its New Data Center Play Will Be Good for Intel

When released in December, the ProLiant DL385 Gen10 will be the second server from HPE to feature EPYC processors, which were already available on the Cloudline CL3150 server which began shipping in September.

The new benchmarks are good for HPE, which could use a little boost as it faces a shrinking data center market, but better news for AMD.

Related: HPE's Gen10 Servers Will Have Security Drilled into Silicon

In 2016 the chip maker's share of data center CPU shipments dropped below the 1 percent mark, according to estimates from IDC, and it's facing strong competition from NVIDIA in the GPU market. Although the new CPU line has garnered some positive reviews, mainly for workloads where cores can work independently, such as high performance computing and big data applications, Wall Street so far hasn't been particularly impressed.

According to HPE, the benchmarks were attained using AMD EPYC model 7601 on ProLiant DL385 Gen10 systems, which are available with up to 64-cores, 4 TB memory and 128 lanes of PCIe connectivity. For the SPECrate 2017_fp_base benchmark the HPE/AMD combo scored 257, and for the SPECfp_rate2006 the score was 1980. Both were the highest ever two socket system scores for their respective benchmarks.

In addition to the benchmark results, HPE says that the AMD on Gen10 ProLiant combo offers up to up to 50 percent lower cost per virtual machine than Brand X, resulting in greater utilization and ROI for users.

The new line of EPYC-based servers will also arrive with baked-in security, utilizing HPE's proprietary security-on-a-chip technology which will allow only validated firmware to run. "The HPE Silicon Root of Trust is linked to the AMD Secure Processor in the AMD EPYC SoC for firmware validation before the server boots," the company explained.

"We now give customers another option to optimize performance and security for today’s virtualized workloads," said Justin Hotard, VP and GM of HPE's Volume Global Business Unit. "The HPE ProLiant DL385 featuring the AMD EPYC processor is the result of a long-standing technology engagement with AMD and a shared belief in continuing innovation."