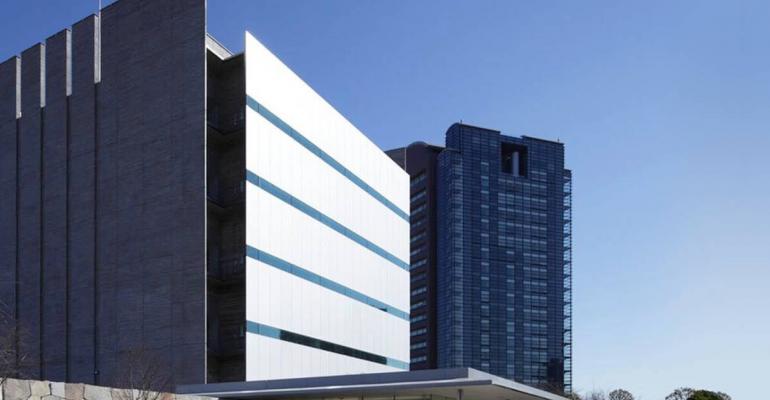 Japan’s data center industry appears to be enjoying a period of growth.

Amid indications of a long-awaited uptick in the wider economy, demand for cloud services is driving capacity expansion, according to data center real estate specialist CBRE.

“Demand for data centers in Japan is expected to see major growth, driven by the growing adoption of cloud computing,” the company stated in its 2017 Data Centres: Bringing the Cloud Back to Earth report.

But while Japan may benefit from the same forces that are driving demand for new capacity in other regions, as with other aspects of Japanese culture and society, the country’s data center industry has its own distinctive rules and practices.

For example, while availability standards from bodies such as TIA or Uptime Institute are recognized and adopted internationally, Japan has its own guidelines developed by the not for profit Japan Data Center Council, or JDDC.

The JDDC says its Data Center Facility Standard was created to reflect the unique requirements of building and operating facilities in Japan.

JDCC has formulated the ‘Data Center Facility Standard’ with the aim of constructing a proprietary facility standard that conforms to the actual situation in Japan. This modifies those portions of the Tier standard that seem excessive for Japan and adds Japan-specific elements.

For example, the JDDC argues that the quality and efficiency of Japan’s data center equipment exceeds that of foreign-made devices. As a result, some aspects of Uptime’s Tier certification may not apply in Japanese facilities.

UK-based data center operator Colt Data Center Services has experience of building and operating facilities in Japan. It first entered the Japanese data center market in 2014 when it acquired local operator KVH for €130.3 million (about $162 million).

Designing for the Market

In October this year it finished construction of its Inzai 2 site in Tokyo -- its fifth data center in the country. The company cites growth in cloud services as a major driver for its expansion in the region. The multi-tenant data center market is set to outpace the global average, growing by 16.2 percent to $14.5 billion in 2018, according to figures cited by Colt.

Speaking with Data Center Knowledge, Detlef Spang, Colt CEO, said meeting the specific design and build requirements of the Japanese market comes at a cost. “It’s more expensive,” he says. “If you look at mechanical and electrical equipment and the buildout of the halls, that is more or less how we are doing it everywhere else. But the building itself you have to do differently in Japan.”

Colt usually builds two-floor facilities over a larger area. “We usually go wide and not high,” says Spang. But high real-estate costs mean that different design approaches are required in Japan. For example, the Colt Inzai 2 facility is based across six floors and has ten 500-square meter (about 5,380-square foot) data halls.

CBRE also concluded that land costs in Japan could force providers to adopt new strategies. From the report:

Japanese major data center service providers have started to say that it is now difficult for them to continue investing in the real estate part of their data centers because of the high construction cost in Japan. It could become more common for land and buildings to be spun off into separate operations.

But while the kind of multi-story approach adopted by Colt make sense from a land-cost perspective, it doesn’t seem the most prudent design given the ever-present risk of earthquakes.

Fortunately, regulators in Japan have developed strict building standards and operators employ innovative technologies to help reduce earthquake risk. For example, the Colt Inzai 2 facility sits on a bed of springs, capable of holding 125 tons per square meter, which isolates the whole building from seismic activity.

As well as weighing land costs against earthquake risk, Colt has had to balance Japan’s steep energy costs against high temperatures and humidity in the summer months.

Colt chose to prioritize resiliency and equip Inzai 2 exclusively with direct expansion (DX) cooling rather than use non-mechanical options. “This is something that everyone else in Japan is facing as well. You still have a very regulated utility market so power costs are high,” says Spang. “Free cooling is difficult in summertime in Japan where it can be very humid and temperatures are 30 degrees plus.”

The Thing with Modular is…

One way to potentially lower some buildings costs and speed time to market would be through the use of prefabricated modular, or PFM, data center designs. But Colt has found the approach too expensive.

It had its own ftec PFM designs that it sold to organizations including Iceland-based data center operator Verne Global, but in 2014 it stopped supporting ftec commercially and, according to Spang, is no longer deploying the units internally either. “We have moved away from that,” he says. “There are still certain parts that are modular, such as generator and UPS boxes, but doing the prefabrication elsewhere and bringing it to site had some cost disadvantages. The speed is a benefit, but the disadvantage is transporting it from A to B. You have to put a lot of steel into those modules so they are not falling apart when you transport them.”

Colt says it has still been able to lower its build times using conventional on-site building approaches. “We are bit slower. Before it was four months but now it is five and half months. But the experience was that the customers can live with five and a half months against four in most places,” says Spang.

Despite the costs and complexities of building and operating facilities in Japan, Colt has plans to continue adding new capacity. The 15MW Inzai 2 facility adds to the adjacent existing 8MW Inzai 1 site, and Colt has plans to break ground on another 27MW site in 2018.

“For many years Japan is not really progressing from an overall economic point of view,” says Spang. “But it is still one of the largest economies in the world. Japanese people are also adapting to technology even faster than people in Europe… So there is a high cost, but there is also a big market.”