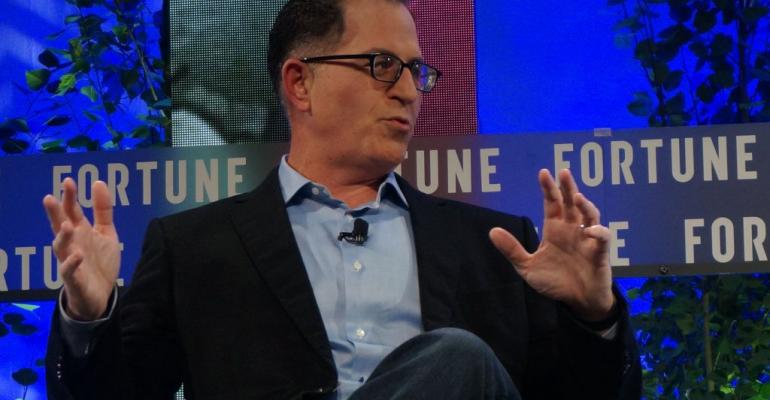 The tech giant is offloading an asset that has had trouble competing with more modern rivals such as Okta.

Nico Grant (Bloomberg) -- Dell Technologies Inc. has sold one of its cybersecurity units, RSA, to a consortium led by Symphony Technology Group, Ontario Teachers’ Pension Plan Board and AlpInvest Partners, part of the computer maker’s efforts to streamline its business.

The $2.08 billion all-cash transaction is expected to close in the next six to nine months, the companies said Tuesday in a statement. Bloomberg News reported in November that Round Rock, Texas-based Dell was exploring a sale of RSA.

Related: Dell to Explore Purchase of Rest of Secureworks

The tech giant has sought to simplify its sprawling empire of hardware, software and security businesses that operate under the Dell Technologies banner, seeking to keep up with changing industry trends and to pay down debt. VMware Inc., the software maker majority-owned by Dell, purchased Pivotal Software Inc. after that company, partially owned by Dell, struggled on the public markets. By selling RSA, Dell is offloading an asset that has had trouble competing with more modern rivals such as Okta Inc.

“This is the right long-term strategy for Dell, RSA and our collective customers and partners,” Jeff Clarke, the chief operating officer and vice chairman of Dell, said in the statement. “The transaction will further simplify our business and product portfolio.”

As of November, Dell said it had repaid more than $18 billion in gross debt since its EMC Corp. acquisition, announced at $67 billion, closed three years ago and was on target to repay about $5 billion of gross debt in fiscal 2020.