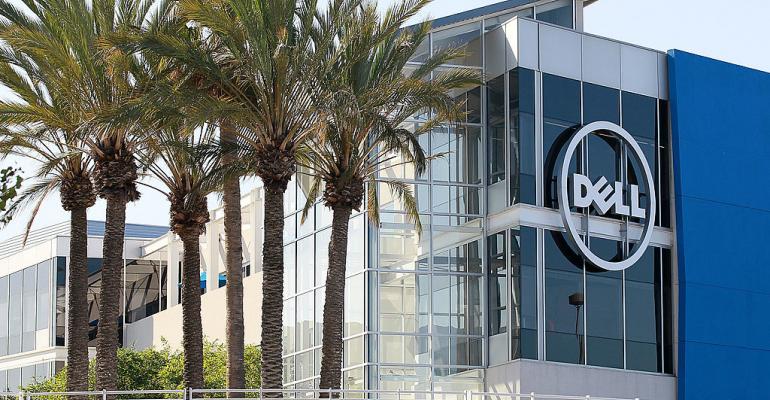 After assembling a technology empire that sells everything from servers to networking software, Chief Executive Officer Michael Dell has turned his attention to integrating the pieces.

Earnings, excluding some items, were $1.45 a share in the period ended May 3, the Round Rock, Texas-based company said Thursday in a statement. Analysts, on average, estimated $1.20 a share, according to data compiled by Bloomberg.

After assembling a technology empire that sells everything from servers to networking software, Chief Executive Officer Michael Dell has turned his attention to integrating the pieces. The company hopes collaborations across business units will bring customers from one unit to another and drive higher sales and profit, particularly for Dell’s lower-margin hardware businesses. One example is the company’s new offering that lets clients manage and maintain corporate PCs with a blend of Dell services and VMware Inc. software.

Revenue from the PC unit increased 6.2% to $10.9 billion, with corporate sales rising 13% amid Dell’s efforts to provide more subscription services for its PCs. Companies are also buying new Dell machines to upgrade to Windows 10 operating systems. Falling component prices have aided the profit margin of the division, which accounts for about half of the company’s revenue.

Demand for Dell’s servers and networking gear fell 8.8% in the period -- a dramatic reversal from the double-digit sales growth Dell’s infrastructure unit has seen for more than a year.

Shares were little changed at $66.41 at the close in New York. The stock has increased 57% since returning to the public markets in late December.

Dell has been trading at a lower market capitalization than the value of its parts, including more than 80% ownership of VMware. That reflects investor concerns about the company’s $48.6 billion in long-term debt and its exposure to the hardware market, which is affected by the cyclical forces of the economy. Escalating tariffs between the U.S. and China and a slowing global economy may curb demand for corporate hardware upgrades. Dell said it paid down about $400 million of debt in the fiscal first quarter.

A sales slowdown was expected. Dell in February projected revenue of $92.7 billion to $95.7 billion in fiscal 2020, including VMware. That suggested sales growth of 2.3% to 5.6% compared with fiscal 2019, when the company’s revenue jumped 15% -- a climb that Dell has described as an anomaly.