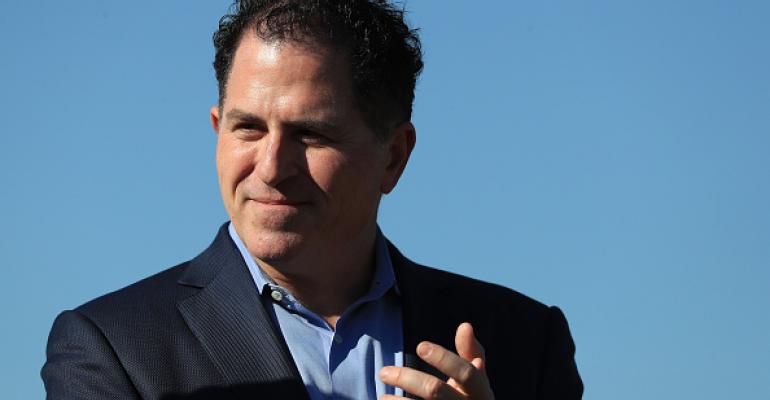 Dell Aims to Make Women Half of Workforce in Diversity Push

The company recently paid a $7 million settlement after allegations of paying women and ethnic minorities less than others.

Nico Grant (Bloomberg) -- Dell Technologies Inc. announced a goal to make half of its global workforce female by 2030, one of a raft of pledges meant to foster greater diversity and sustainability at the personal computer maker.

The company also set a 2030 target for women to make up 40% of the employees worldwide who manage people. Women comprised 30.4% of Dell’s workforce as of February. And the company said it wants 25% of Dell’s U.S. workers to be African-American or Hispanic by 2030, an increase from almost 13% this year.

Dell is among a number of technology companies that have mapped out grand pledges for a more diverse workforce. Facebook Inc. said in July that it wanted to double the number of women, black and Hispanic employees in the U.S. in the next five years -- so half of its U.S. workforce would be from underrepresented groups by 2024. Like several of its peers, including Oracle Corp. and Intel Corp., Dell has been accused by the U.S. Labor Department of paying women and ethnic minorities less than other employees in the same roles. Dell paid $7 million to settle such allegations in September.

“We think there is a lot that is challenging the world right now and we are committed to being a significant contributor to solving these problems,” Christine Fraser, Dell’s chief responsibility officer, said in an interview. “We don’t think of it as something that’s nice to do. We think of it as a business imperative.”

Dell will educate 95% of its 157,000 employees each year on topics such as unconscious bias, micro-aggressions and privilege, the Round Rock, Texas-based company said Tuesday in a statement.

“It’s not just about putting the numbers out,” Brian Reaves, Dell’s chief diversity and inclusion officer, said. “The changes that are coming out behind these goals are in every part of our business.”

Dell, which also makes servers, storage hardware and networking gear, said it would expand its sustainability efforts. By 2030, for every product a customer buys, the company said it will recycle or reuse an equivalent product. Dell will also make 100% of its packaging recyclable by the same deadline. More than half of the company’s product content will be made from recycled or renewable materials.

“We see e-waste as one of the fastest-growing waste streams,” David Lear, Dell’s vice president of corporate sustainability, said in an interview. “We very intentionally design our products knowing we’ll get it back one day.”

The company also said that 75% of the electricity at Dell facilities will come from renewable sources by 2030, and 100% by 2040. Currently, Dell’s headquarters north of Austin, Texas, are powered by renewable energy, Lear said.