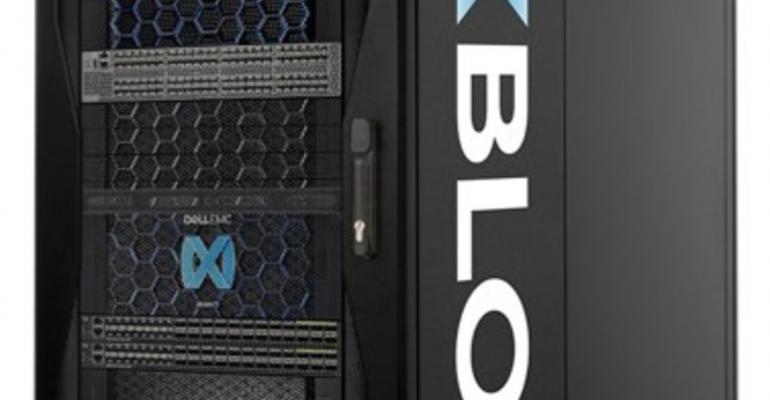 This week Dell EMC expanded its converged infrastructure (CI) portfolio with the introduction of the VxBlock System 1000, which is designed to support all workload types and includes a wider choice of storage arrays, data protection, and compute than previous-generation VxBlock Systems. Dell claims the new product will simplify IT infrastructure lifecycle management, freeing IT staff from administrative tasks.

"When customers deploy CI, what they are really looking to do is invest in technology that removes data center cost while ultimately improving outcomes," Jeff Boudreau, president of Dell EMC's storage division, said in a statement. "Our role is to deliver CI innovation that has the right mix and capacity of IT resources and data services that evolving applications require, but with pooled resources, so the data center is more efficient even as workload requirements change. We offer this with a focus on reducing administrative burden for IT teams under constant pressure to deliver more with less."

According to company literature, the new offering brings increased agility, efficiency, and simplicity to the table.

On the agility side, users can mix four types of storage arrays (Dell EMC Unity, VMAX, XtremIO, and Isilon) and can opt for Cisco UCS C-Series Rack Servers, Cisco UCS B-Series Blade Servers, and a broad range of Dell EMC data protection products all in one system. Compared to previous generations, the VxBlock 1000 increases server scalability by 56 percent (from 512 to 800 servers) and now supports up to ten storage arrays.

"Dell EMC VxBlock was built on the premise that IT can be simpler to manage," David Kloempken, director of data center solutions at Cisco, said in a statement. "With the flexibility and scale of the Dell EMC VxBlock System 1000, customers can continue to leverage the benefits of our latest data center innovations using Cisco UCS and Nexus 9000 to accelerate data center modernization."

For efficiency, the new system allows the pooling of resources to maximize system use, which prevents stranded capacity, increases ROI, and reduces rack space by up to 60 percent.

"With pooling of diverse resources in a single system, customers can allocate and re-allocate pooled compute, storage, and data protection resources to specific applications, as business and workload requirements change, instead of having to work across and manage multiple disparate systems," Dell EMC explained in a statement.

By "simplicity," Dell EMC means all of the above, as well as the fact that that's what converged infrastructure (with compute, networking, servers, storage, and virtualization rolled into one neat package) is all about.