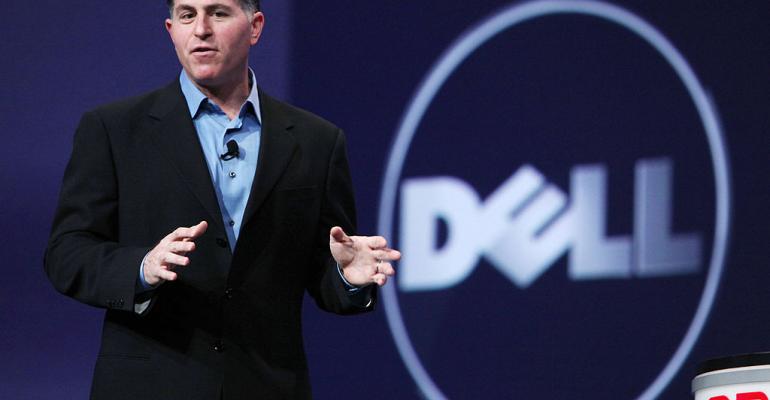 Discern, a small Bay Area consultancy run by former Lehman Brothers technology analyst Harry Blount, was chosen by the special committee of Dell’s board to perform an independent analysis of Dell’s financials.

Discern, a small Bay Area consultancy run by former Lehman Brothers technology analyst Harry Blount, was chosen by the special committee of Dell’s board to perform an independent analysis of Dell’s financials including certain forecasts, growth assumptions and market research, according to the technology company’s proxy statement. Fees for such work, which typically go to larger firms such as McKinsey & Co., PriceWaterhouseCoopers LLP or Boston Consulting Group Inc., can run into six digits, according to people with knowledge of the practice. It’s unclear how much Discern was paid.

Blount, who works largely by himself out of his house and keeps a P.O. Box at a local UPS store, first got involved on the deal after a phone call from an ex-coworker at Lehman, J. Stuart Francis, people with knowledge of the matter said.

Francis, who worked at Lehman for 17 years, is now a senior managing director at Evercore Inc., the bank advising Dell’s special committee. The group wanted an “outside industry consultant” to help scrutinize Dell’s latest financial projection calculations, according to filings, and asked Francis to reach out to Blount. Landing the mandate was a coup for the small firm, whose name doesn’t appear as a consultant in any other U.S. public company deal filings over the past four years, according to a search conducted by Bloomberg of Securities and Exchange Commission records.

The work that Blount did for Dell’s special committee -- assessing factors that influenced a five-year set of projections through 2023 -- helped inform the group’s decision that the proposed deal, which valued the company’s Class V tracking stock at $109 apiece, was the best option for holders of those shares. The stock, known as DVMT, was issued in 2016 to help pay for the $67 billion EMC deal, and was designed to parallel the value of a stake in VMware Inc.

Discern’s independent analysis on “key aspects of the strategy and financial model underlying Dell forecasts and value” was listed among five steps taken by the committee in coming to its determination, according to Dell filings. The committee also retained independent financial and legal advisers, received feedback from more than 20 DVMT shareholders, considered other alternatives to maximize value and reviewed a fairness opinion by Evercore.

Blount reviewed scenarios that would drive improved or worsened business performance and focused on the assumptions Dell was using to achieve its forecast, a person familiar with the matter said.

When Dell did its take-private transaction in 2013, its special committee hired BCG to do similar work, according to a proxy filing at the time. When it set out to acquire EMC Corp. in 2015, its target retained McKinsey. Both consultancy firms were engaged for several months, the filings show.

While boutique firms have long been tussling with bulge-bracket banks to win lucrative advisory work, even-smaller shops have also been taking a slice of the pie. U.K.-based Robey Warshaw, with just three partners, is ranked 18th in the global M&A league table this year, according to data compiled by Bloomberg, ahead of Moelis & Co. and Jefferies Group LLC.

Though consultancy payments are lower than bank fees, the relationships that help firms win business are no less important. Blount’s links to Dell go back to the early 2000s when he covered the company -- as well as technology stocks including Akamai Technologies Inc. and International Business Machines Corp. -- as an analyst at Lehman Brothers.

The committee decided to hire Blount based on his decades of experience on Wall Street and his solid reputation as a technology analyst, including his coverage of Dell and EMC, according to a person familiar with the group’s thinking.

“The larger and more complicated the transaction, the more likely you’re going to use a larger player,” said Charles Elson, director of the John L. Weinberg Center for Corporate Governance at the University of Delaware. “You’re buying their skill, and their ability to hire the right people. You’re also buying their reputation.”

Discern was founded in 2016 after Blount’s previous company, which provided data to mutual funds and other institutional investors, lost venture capital funding, the people said.

The former company, Discern Group Inc., was evicted in July 2017 from its office in San Mateo, California, court records show, after not paying the rent. The company didn’t respond to the landlord’s complaint, according to a default judgment entered against it. Discern Analytics owed back taxes to the state of Delaware as of March 2, according a file retrieved on Aug. 10. A filing dated Aug. 14, after Bloomberg contacted Blount about the matter, shows the status as in good standing.

Discern has four employees, including Blount. The three others work for Discern on a contract-by-contract basis while balancing other jobs, said Rick Church, a research analyst who caters to retail clients and is listed on the site.

Church, who’s worked with Blount for five years but didn’t take part in the Dell assessment, pointed to the team’s cumulative experience. “Collectively, we have over 80 years of sell-side and buy-side experience that we put together for our different constituents,” he said in an interview. The other analysts, Gil Yang and Dave Wigginton, who focus on energy and real estate respectively, didn’t respond to requests for comment.

Discern is in talks for other significant consulting gigs, Church said.

Discern was officially hired on June 4, according to a filing. Eleven days later on a conference call, Blount presented his findings to the committee. He started working on the forecasts informally several weeks before the official hiring date, and continued to make tweaks after the presentation, according to people familiar with the process.

Robert Dean, president of Harmony Capital and a former analyst and portfolio manager at Franklin Templeton Investments, said Blount had a good reputation as a sell side analyst on Wall Street. “I have always valued his research as an analyst and I don’t know anyone that would be more qualified in this area,” he said in an email, adding that he often relied on Blount’s analysis himself to assist in formulating his investment thesis.

Some top holders of DVMT shares have told Bloomberg that they’re concerned about the deal, particularly the value ascribed to Dell’s Class C shares, which make up part of the $109 a share in cash and stock that’s being offered for the tracking shares.

Dell’s estimate of its own equity value jumped almost $29 billion from a valuation marked in November 2017 used for employee compensation and the deal presentation in July, according to the company’s proxy filing. The increase was partly based on “the significant improvement in Dell Technologies’ business momentum,” and “an improved long-term financial forecast,” according to the filing.

Dell will probably have to sweeten its offer to buy the tracking stock, Mark Moerdler, an analyst at Sandford C. Bernstein, wrote in a note to clients on Aug. 16, adding that the current value implies a value to its existing operations that he deems “optimistic or ambitious.”

The hardware company will have an opportunity to prove to investors that it can continue to build on two quarters of good growth on Sept. 6, when it is scheduled to report earnings. A vote on the deal, which must be approved by a majority of DVMT shareholders, is expected later this year.