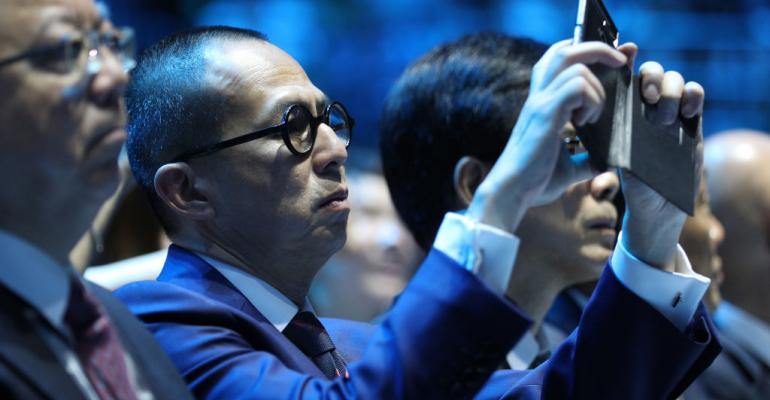 The assets could be valued at more than $600 million in a potential transaction.

Manuel Baigorri (Bloomberg) -- DigitalBridge Group Inc., a digital infrastructure investment firm, is in advanced talks to acquire data center assets from PCCW Ltd., according to people familiar with the matter.

PCCW’s data center assets could be valued at more than $600 million in a potential transaction, the people said, asking not to be identified because the matter is private.

DigitalBridge has emerged as the strongest bidder after an auction and is in discussions to finalize details of an agreement with PCCW, the Hong Kong telecommunications, media and technology conglomerate controlled by billionaire Richard Li, the people said. An announcement could come as soon as this month, they added.

PCCW has been exploring a sale of its information technology and data center assets, which have drawn interest from other industry players and private equity firms, Bloomberg News reported in April. A transaction would allow DigitalBridge, formerly known as Digital Colony (DCK note: and Colony Capital), to further expand its $32 billion of assets under management with data centers being one of its key digital infrastructure areas.

Related: Digital Colony Has Raised $4.1 Billion for Its Second Fund

No final decisions have been made and talks could still be delayed or fall apart, the people said. Representatives for DigitalBridge and PCCW declined to comment.

Digital infrastructure has become more critical to the global economy, with data centers supporting everything from video streaming to online gaming and social media. The appetite for data centers has also sparked further investments and consolidation in the industry.

Princeton Digital Group Pte, an Asia-focused data center operator backed by private equity firm Warburg Pincus, plans to build a $1 billion data center in Tokyo, marking its fifth market since its inception in 2017. It’s also considering raising funds in a deal that could boost its valuation to about $2 billion, people familiar with the matter have said.