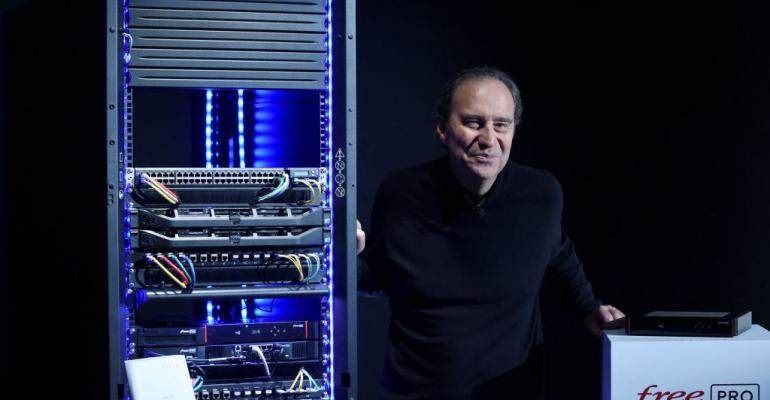 The deal values Iliad at about 10.85 billion euros ($12.9 billion), according to Bloomberg calculations.

Iliad SA shares jumped as much as 62% to Niel’s offer price of 182 euros. The deal values Iliad at about 10.85 billion euros ($12.9 billion), according to Bloomberg calculations.

Iliad shook up the French market more than two decades ago with its low-cost cable TV and Internet services. Lately the industry’s focus has shifted to combined fiber broadband, mobile and TV, forcing Iliad to redouble its network investment.

Rock-bottom interest rates have made it cheaper for owners to withdraw their businesses from the constant scrutiny of equity markets.

Drahi took his Altice Europe NV vehicle private in January, partly as a way to avoid paying for promised stock buybacks and focus his spending on reducing debt and network investments. Germany’s Oliver Samwer is also attempting to take his tech incubator Rocket Internet SE off the stock market.

Iliad’s shares have lost almost a third of their value in the past 12 months. New Street Research analysts put Iliad’s fair value at 220 euros a share. “In reality though, shareholders are likely to tender in our view given the recent share price performance,” they said in a note.

The industry has fallen out of favor with equity investors in recent years as it gears up for big spending on 5G wireless and fiber networks. While they are needed for carriers to remain competitive, national regulators are likely to limit returns on those investments.

The pandemic-driven surge in home working has driven home the importance of the networks that drive the digital economy, yet phone companies’ profits have barely budged due to fixed-price data plans and fierce competition.Shares in French rival Orange SA, which is set to be the only listed pure-play national telecoms operator left in France, rose 1%.

The Iliad take-private may help to stabilize market prices in France, yet “competition with private competitors may also heighten Orange’s capex risk, given Altice and Iliad may be bolder with network investments under private ownership,” said Gurses at BI.

Niel owns around 71% of Iliad through his holding company, according to Friday’s statement. He’s resorting to the junk bond market to help finance the buyout. A 3.6 billion-euro bridge loan via the holding entity arranged by BNP Paribas, Credit Agricole CIB, JPMorgan and Societe Generale will eventually be replaced by high-yield debt, according to a draft prospectus.

Some Iliad notes were having their worst day since last year’s coronavirus selloff, with a 650 million-euro security due in 2024 falling 1 cent to around 100.9, its biggest drop since March 2020.

Iliad’s new Italian business has begun to turn a profit and Niel now has his sights on Poland, where it’s offered to buy Liberty Global Plc’s operation in the country for around $1.9 billion to expand its fixed-line business there.

“Iliad is now entering a new phase in its development, requiring rapid changes and major investments which will be easier to undertake as an unlisted company,” Niel said in the statement.