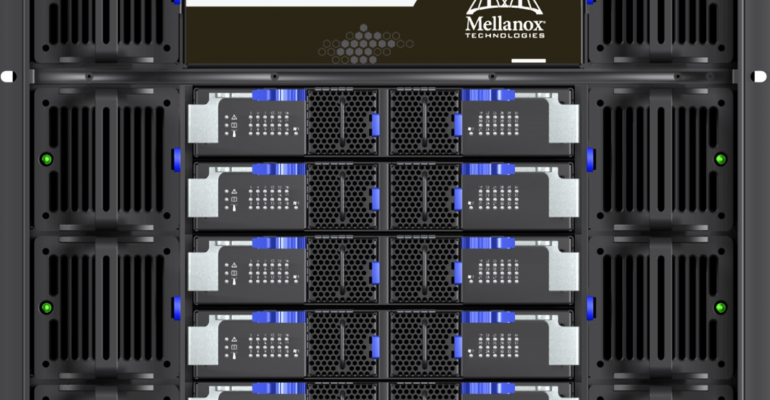 Nvidia is doubling down on data center networking technology.

Earlier this month, it announced acquisition of the networking software company Cumulus Networks – a move that will give the GPU maker further inroads into the data center market, analysts say.

Overall, Cumulus claims to have more than 2,000 customers globally, including 17 of the Fortune 50 companies.

“It’s a move Nvidia felt it had to make after investing in Mellanox,” Brad Casemore, IDC’s research VP for data center networks, told DCK. “They want to see a return on investment over time, and I think they felt having a turnkey solution with software that runs on the switches would help them expedite that ROI.”

Nvidia, best known for its graphics processors, which power video games, cryptocurrency mining, supercomputers, and deep neural networks, wants to strengthen its growing data center business and dominate the AI hardware market. Mellanox and Cumulus help the cause. Its data center business currently makes up about one-third of Nvidia’s revenue.

Cumulus and Mellanox have been partners for four years, and the latter supports the former’s software. Mellanox Spectrum Ethernet switches run on Cumulus Linux. The two companies recently collaborated to build DENT, a distributed Linux software framework for retail and other enterprises on the network edge.

“The Mellanox and Cumulus teams have a good working relationship,” Casemore said. “They’ve worked together a long time and have joint customers. They did joint development and engineering, so there’s a comfort level there.”

Will Townsend, senior analyst for networking infrastructure at Moor Insights & Strategy, said getting into the interconnect business with the Mellanox acquisition to speed data networking was a natural fit for a GPU company that has applied its technology broadly, from gaming to AI.

“They’ve evolved from a video solutions provider to providing a platform for deep learning, analytics, and AI, and what complements that is how you move that data around,” Townsend told DCK.

The Cumulus deal makes sense because it’s the next step to having a complete data center-centric strategy, Townsend said. Cumulus’s software gives Nvidia depth with software-defined networking, he added.

“Networking is headed toward abstraction and deploying tools that drive automation and provisioning. It’s all done through software,” he said. “What Cumulus brings is a whole set of software-defined tools built on an open-source platform.”

Cumulus provides Nvidia the software foundation it needs to drive innovation in networking, such as increasing automation and improving network reliability, Townsend said.

“You hear about how to better automate the network – intent-based networking and how to build a network that basically performs based on an expressed intent. You need sophisticated tools to do that, and Cumulus enhances it,” he said. “For Nvidia, this gives them more flexibility and functionality to manage the network connectivity and the inter-relationship between where the data is created, analyzed and acted on. It’s connecting those three points together.”

Will Mellanox and Cumulus Stay Open?

Mellanox is now a business unit within Nvidia. Casemore said Mellanox executives have told him that they will continue supporting open network operating systems following the Cumulus acquisition.

Nvidia’s Mellanox business unit says it still sees a role for its own Onyx network OS and will continue to support SONiC, the open-source network OS created by Microsoft that’s gained a lot of traction in the market, Casemore said. Cumulus, which has more than 130 hardware partners, will remain open, too, he said.

However, it’s likely that Cumulus Linux will gradually displace Onyx in many scenarios where Mellanox provides a switch OS and the network hardware, Casemore said.

DCK has reached out to Nvidia for comment and to confirm its network OS plans. We’ll update this story once we hear back.

Casemore said there were a handful of potential use cases where Nvidia could bundle Nvidia’s GPUs, Mellanox’s networking hardware, and Cumulus’s Linux OS and NetQ software into an attractive turnkey offering for specific customers.

“For certain customers, despite the continued openness, there are certain full-stack integrated hardware and software bundled solutions where this works,” he said.

That includes edge computing environments, including Internet of Things, remote robotics and 5G deployments, where organizations drop a box in an edge data center and can take advantage of automated remote management, Casemore said.

Two other markets for the bundles include the high-performance computing market and what Nvidia calls “accelerated-disaggregated infrastructure,” he said.

Moreover, according to Huang, AI is driving an architecture shift within the data center, from hyperconverged architectures to “accelerated-disaggregated infrastructure,” which features a combination of Nvidia’s GPUs, which accelerate AI algorithm processing; Mellanox’s interconnect technology that accelerates data processing and networking; and container orchestration platforms like Kubernetes, all of which results in a disaggregated or composable data center.

“The fastest computing and the fastest networking go hand in hand,” he wrote.

Overall, Townsend expects Nvidia to drive innovation in networking just like it has innovated in the GPU market.

“A lot of networking companies are applying artificial intelligence and machine learning to make networking smarter and more autonomous,” Townsend said. “Nvidia has significant technical acumen. There is no telling what they can do to take networking to the next level.”