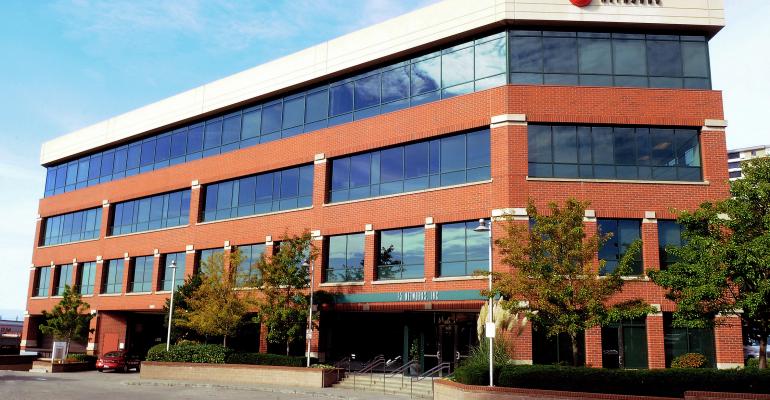 “We want to be the No.1 in app security as a service and we now have all the elements to do that.”

Seattle-based F5 will pay $440 million in cash, plus about $60 million in deferred stock payments and incentives to Volterra’s founders and employees, according to a statement confirming an earlier report by Bloomberg.

F5 has been trying to shift its business to sales from software as opposed to hardware. About 35% of its product revenue is software now, compared with 10% three years ago, Locoh-Donou said. The company’s longer-term goal is to reach 75% of revenue for software sales, he said.

Locoh-Donou said F5 decided to acquire Volterra after first trying to build its own version of the technology.

“We want to be the No.1 in app security as a service and we now have all the elements to do that,” he said.

Volterra, based in Santa Clara, California, is backed by Samsung Electronics Co. and Microsoft Corp., as well as by the venture capital firms Khosla Ventures and Mayfield.

It’s the third acquisition in three years for F5, which has come under pressure from activist investor Elliott Management Corp. over previous transactions and its stock price.

F5, a networking company that works behind the scenes to make sure apps like Disney+ and Netflix run smoothly and securely, will be able to deliver its services quicker and cheaper by combining with Volterra.

F5, which helps power applications for banks such as Capital One Financial Corp. and JPMorgan Chase & Co., will gain access to a more modern infrastructure through the purchase.

The company’s shares have recovered after a pandemic-induced slump last year and are up about 30% since Elliott’s decision to buy a stake in it became public in August.

Ankur Singla, Volterra’s founder and CEO, said the companies have more than half of their customers in common, and combined with F5 will be able to better compete with more established rivals such as Cloudflare Inc. and Fastly Inc.