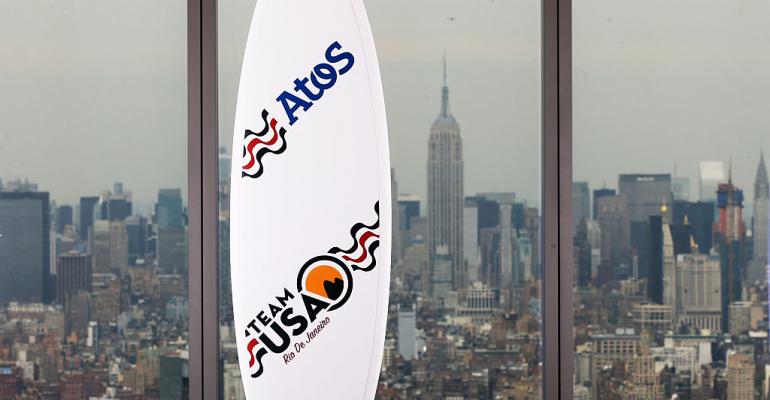 Cash offer is friendly but unsolicited; Gemalto is studying it; bid comes after tough year for security-software maker Gemalto

Marie Mawad and Alex Webb (Bloomberg) -- Atos SE made a 4.3-billion-euro ($5.06 billion) unsolicited bid for  Gemalto NV with the backing of the French state’s investment bank, seeking to create a European leader in cybersecurity, digital technologies and payment services.

Atos is proposing to pay 46 euros a share in cash, 36 percent above Monday’s closing price. It called the offer friendly and said it wants to engage in discussions about a deal, which would be the biggest of the year between two European technology companies. Gemalto, a security software company that’s seen its stock battered this year by a series of profit warnings and operational setbacks, said it’s  reviewing the proposal, which it described as conditional.

Thierry Breton, the former French finance minister who runs Atos, said the company is “absolutely determined” to complete the transaction, and that it has the backing of Gemalto’s biggest shareholder, state-run investor Bpifrance Financement SA. A representative for Bpifrance said the fund won’t comment on Atos’s bid, but welcomes consolidation of French technology players.

Gemalto’s shares had dropped 38 percent this year through Monday, after a March cut in outlook, an April warning that demand from U.S. banks was dipping, a July announcement of an impairment charge, and a delay in September in presenting a new strategic plan. Atos, by contrast, had seen its stock jump 24 percent in the same period.

Atos has been on a buying spree in recent years in a bid to enter new regions and add a broader range of products, including in health care. And Gemalto’s shift from SIM cards to software and cybersecurity had initially paid off under Olivier Piou, the company’s previous chief executive officer, with the shares trading at about 60 euros when he announced his retirement last year.

However, his successor, Philippe Vallee, has faced mounting challenges as it became clear that the company had overestimated the pace at which customers would shift to new technologies, especially the transition to chip-and-PIN bank cards in the U.S.

Gemalto said it will review the bid and determine the best course of action before responding by Friday. The company has retained Deutsche Bank AG and JPMorgan Chase & Co. as an adviser and said there is no certainty the proposal will lead to a firm offer. While Gemalto is incorporated in Amsterdam, it was formed from the combination more than a decade ago of French and Luxembourg companies, and is run from France.

German billionaire siblings Susanne Klatten and Stefan Quandt, whose investment companies combined own a bit more than 10 percent of Gemalto, will study the Atos offer “with care and composure,” a Quandt family spokesman said in an emailed statement. “As significant shareholders, we’re pleased that others too are recognizing the technological quality of Gemalto.”

The acquisition would be Atos’s largest since it was formed in 1997 from the merger of two French companies, according to data compiled by Bloomberg. Breton said on a conference call with reporters on Monday he’s already secured financing from two banks for the deal. Atos will seek “industrial partnerships” to help turn around Gemalto’s troubled SIM business, he said.

“The deal would make sense even if management should give us more details on the strategy going forward and what it would do with some of Gemalto’s assets that could be non-core for Atos,” analysts at Kepler Cheuvreux wrote in a note. “Atos should now convince Gemalto shareholders to tender.”

Atos currently gets just 5.7 percent of its 11.7 billion-euro annual revenue from its big data and cybersecurity division. The French company beefed up its offering when it agreed to buy Siemens AG’s communications cybersecurity division in October. Gemalto generated annual sales of 3.1 billion euros in 2016.