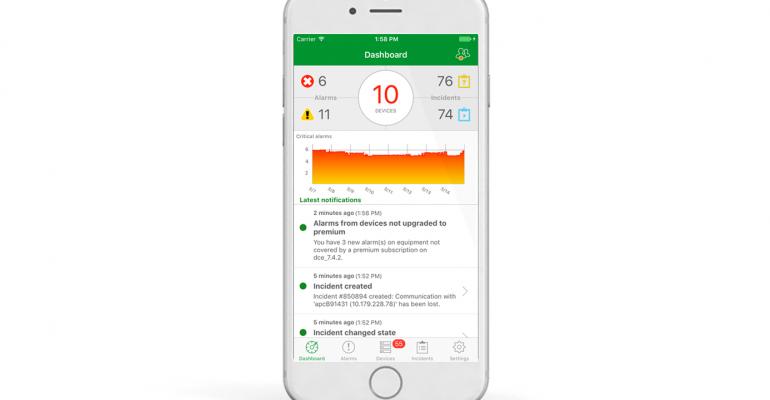 The new services are part of a new package called EcoStruxure IT, which also includes Schneider’s previously existing DCIM software delivered as a cloud subscription service and predictive analytics capabilities, where customers get warnings about potential problems in their environment based on analysis of many customers’ operational data stored in Schneider’s “data lake.”

Unlike Schneider’s on-premises DCIM software, the SaaS version monitors customers’ IT environments across on-premises facilities and colocation data centers. The on-premises software, StruxureWare for Data Centers, is part of the EcoStruxure IT package as well.

EcoStruxure IT is vendor-agnostic, according to Schneider, meaning it monitors uninterrupted power supplies, power distribution units, cooling gear, and sensors by different suppliers, not just Schneider’s.

Through the Mobile Insights smartphone app, the software provides a way for data center managers to compare their environments’ performance with benchmarks derived from other customers’ environments or their own systems to gage efficiency, perform timely maintenance, or predict device failure, the company said in a press release.

As part of a pilot run, EcoStruxure IT has already benchmarked IT environments of more than 500 customers, 1,000 data centers, 60,000 devices, and 2 million sensors, according to Schneider, which named one of the customers in its announcement. Data center provider ViaWest, which was recently acquired by Peak 10, uses the service monitor infrastructure.