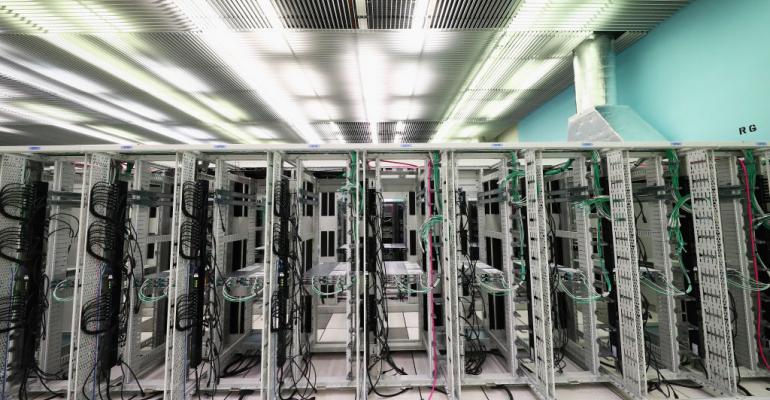 DCIM Software May Be Superseded Before It Gains Mass Acceptance

As vendors roll out cloud-based data center management services, many operators still not convinced they need even basic DCIM.

Critical Thinking, a weekly column on innovation in data center infrastructure design and management. More about the column and the author here.

Data center infrastructure management, or DCIM, software tools have been around since at least 2010, but it’s still common to meet data center operators who completely dismiss the concept.

Related: Beyond Lights-Out: Future Data Centers Will Be Human-Free

A 2016 survey by Intel and Dell revealed that just over half of operators used DCIM at the time; but the actual number could be even lower. There is growth – the DCIM software market has more than 50 suppliers – but analysts recently revised the market’s revenue forecasts down. Leading suppliers, such as CA Technologies (CA DCIM) and CommScope (iTracs) have exited the market, and numerous smaller vendors have gone out of business.

The reasons for the relatively modest levels of DCIM adoption to date are well documented:

·         An initial wave of over-hyped but underperforming products

A data center industry that’s inherently risk-averse and often sticks with legacy tech has undoubtedly also played a role. But rather than being a replacement, most DCIM software tools complement and add features, such as IT asset management (and in some cases IT service management) functions to the mechanical and electrical (M&E) monitoring and control provided by the Building Management System (BMS). However, some operators believe a BMS combined with Visio, spreadsheets, and some homegrown tools provide all the intelligence they will ever require.

DCIM may not have hit its stride yet, but suppliers have learned from previous mistakes and are developing more robust and, crucially, user-friendly products. But the clock is ticking, as some conventional on-premises DCIM suppliers now face competition from a new generation of cloud-based management services. Data center technology suppliers Eaton and Schneider Electric recently launched PredictPulse and StruxureOn (recently rebranded to EcoStruxure IT), respectively – referred to by some analysts as Datacenter Management as a Service (DMaaS) rather than DCIM – that allow M&E equipment to be monitored and managed remotely. This data (owned by the supplier and the customer) can then be pooled and analyzed to enable features like predictive maintenance be fed into the supplier’s R&D process for new equipment. Suppliers are at pains to point out that the new services are complimentary to on-premises DCIM, at least for now. But if they become more ubiquitous – suppliers such as Siemens, Vertiv, and others claim to have similar capabilities – then in time it’s possible that conventional on-premises DCIM software could eventually be superseded.

However, as with any discussion about “the data center,” it’s important to differentiate between classes of operators that, generally speaking, are at different levels of maturity when it comes to DCIM adoption. Bulk of the initial wave of DCIM tools was unsurprisingly aimed at the biggest contingent of facilities at the time – enterprise-owned. It is this group that has probably been the most resistant to date. But, as is commonly accepted, enterprise data centers are slowly declining as a proportion of total data center capacity, their capacity replaced by colocation and cloud data centers. Thus, a good proportion of sites owned or operated by DCIM holdouts will eventually be subsumed by growth in colocation and cloud, where attitudes toward DCIM are more progressive.

Colocation providers are some of the biggest current adopters (and in some cases developers) of DCIM software; progressive colos are using DCIM to underpin a host of new value-added services – e.g. customer portals – designed to entice and engage clients. Cloud operators are also adopting DCIM-like tools but are more likely to build their own than buy off the shelf. There is also an expectation that new edge capacity – including remotely managed micro-sites – will require sophisticated data center management software. However, it seems likely that DCIM (as with other so-called disruptive technologies in the data center) won’t act in isolation to alter facility design and management. Instead, other disruptors, such as prefabricated modular designs (with pre-integrated DCIM), machine learning, and other forms of AI, remote edge capacity, and “as-a-service” models will interact and accelerate change.

The challenge remains for technology suppliers to persuade an inherently conservative data center customer base that the benefits of DCIM software, as well as new cloud-based services, outweigh the perceived risks of moving on from trusted legacy tools.