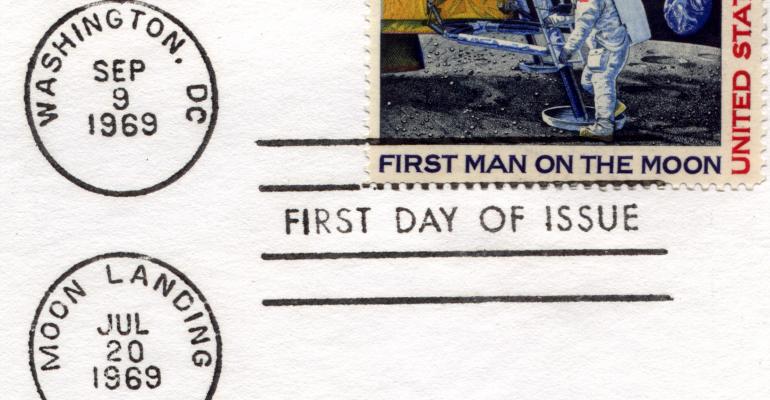 I first encountered Frank O’Brien a few weeks ago when I was browsing headlines about the 50th anniversary of the Apollo 11 Moon landing. There were plenty of stories about the event, but one caught my eye because I thought the headline was a mistake. It said, “Your Smart Toaster Can’t Hold a Candle to the Apollo Computer.”

Surely that’s an error, I thought. As most everyone knows, compared with today’s computers, the on-board system that guided the Apollo 11 to its historic landing in 1969 was underpowered to put it mildly. If a modern smartphone has more compute muscle than the Apollo 11 computer (the oft-repeated maxim), how can this headline be implying that a much smarter appliance of today can’t compete?

I clicked and dove in. What I learned was fascinating. It was a complete re-understanding of compute capabilities and offered a lesson that’s still relevant today about what we can do to maximize our resources – with technology and in the data center. And it debunks that stale bromide about quaint technology. The subhead of the article by Alexis Madrigal of The Atlantic chides, “Despite what everyone says about the power of modern devices, they’re nowhere near as capable as the landmark early NASA system.” It’s that word “capable” that’s important.

Essentially, according to NASA historian and author Frank O’Brien, who is probably the foremost expert on the Apollo missions’ computers and will be one of our exciting keynote speakers at Data Center World 2020, the creation of the Apollo Guidance Computer was the landmark shift in hardware-based, single computational computing to a software-based, multitasking approach.

That’s thanks to the computer built by MIT Instrumentation Lab and software designed by the incomparable Margaret Hamilton of the Apollo program. Using the infamously small 8 kilobytes of processing, Hamilton and her team came up with what they called “The Interpreter,” which is essentially a virtualization machine. I don’t have enough room to provide all the details – Frank O’Brien will take care of that in his Data Center World keynote – but according to him, it enabled the astronauts to guide the spacecraft’s approach to the moon and manage its more than 150 on-board sensors, life-support systems, thrusters, and other components. Truly an amazing achievement, and one that demonstrates how much technology capability we could muster by using the compute power we have today. What a terrific message for our event’s audience, I thought, and I reached out to Frank.

After a few conversations with him, I’ve come to understand what an interesting and engaging person Frank is. And, of course, what a great keynoter he’ll make.

His dad was a military pilot, and a friend of the family was an influential person at NASA. Frank had demonstrated an affinity for computing as a youngster and was enthralled with the Apollo program’s computers. His father recognized this passion, and one Christmas young Frank opened a large box that contained used copies of the technical manuals for the Apollo Guidance Computer. His calling was solidified.

Later in life, Frank established a career working in large data center environments, beginning with large mainframe systems before moving on to managing large SAP systems. He understands how technological advancements of the Apollo program – the capabilities of that technology – can impact what we can accomplish with today’s (and the future’s) data centers.

His keynote, “Apollo 11 Computing – and Lessons for Today,” will be an entertaining look back at that historic time but also an expert’s insight into what we can expect as data center professionals. I’m excited about hearing that story. Will you be joining us at Data Center World in San Antonio, March 16-19, 2020, to hear it too?