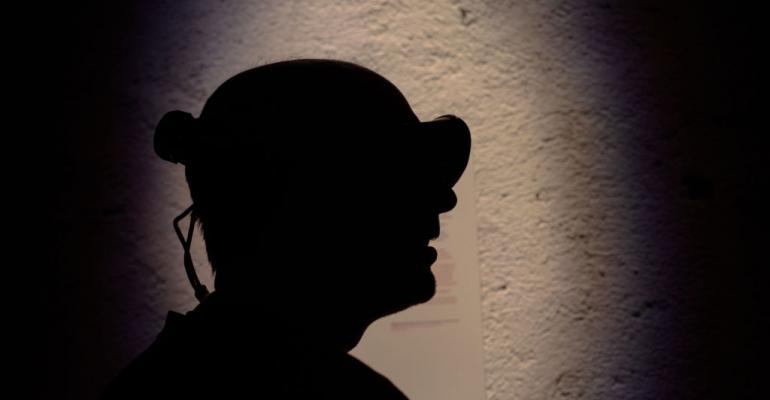 A Look Into an XR Future With IFTF's Toshi Anderson Hoo

AR/VR technology is on its way to becoming bigger than gaming. Get a feel for what work may be like a few years from now at Data Center World.

It's not easy to formulate exactly what Toshi Anderson Hoo plans to do during his Data Center World keynote in Orlando later this month. It'll be something akin to an E ticket ride at Disneyland (E tickets gave you access to all the latest and coolest stuff decades ago) but work-themed and in XR.

"If all goes well and the Data Center World folks have good [internet] connections, I'm going to go into virtual reality and the audience is going to see what I'm going to be doing," he told DCK. "I'm going to be interacting with some colleagues in Sweden and on the East Coast. We're going to be bringing in not only people but my Google Docs presentation, or a 3D model that I've just scanned in the room. That kind of connectivity is is the kind of vision I think people need to see in order to make it useful for them."

The "it" is XR, which is typically called "extended reality." Hoo prefers the term "cross reality" and says it "encompasses virtual reality, augmented reality, but also loops into other technologies like web conferencing or in-person meetings technologies."

XR's Future as an Emerging Medium

Hoo is the director of the Emerging Media Lab at the Institute for the Future (IFTF), a Palo Alto–based not-for-profit think tank that was spun off from the RAND Corporation in 1968 to help organizations plan for the long-term future. According to Hoo, IFTF's roots are deeply intertwined with computer technology and the internet.

"Could this kind of electronic distributed communication system be used for something other than academic or military use cases?" is a kind of question some of the early computer scientists who worked on ARPANET would explore, he said. "Maybe this will actually change the world, and we need to start thinking about these futures, because this is going to be a transformational moment in humanity," they wondered, according to him.

Although the organization is unabashedly futurist -- IFTF programs typically look about a decade ahead -- it doesn't pretend to peer into a crystal ball.

"It's beyond most organizations planning horizons, so it helps you really think differently, but it's not so far that it's unimaginable," Hoo said.

"We don't believe anybody can predict the future, but you can think more creatively and strategically about the future, and we have developed a whole set of methodologies to do such."

The Emerging Media Lab is "looking at the future of human communication, human collaboration, and human connection through the lens of emerging media technologies," he explained.

Data Center World is taking place live, in Orlando, and digitally, wherever you are, August 16-19. Learn more and register here.

"We have a very wide definition of media, kind of similar to the MIT Media Lab, where we see media being anything that mediates human communication, collaboration, and connection. So, that can be high tech internet or it can be a piece of paper."

The Road Ahead for XR

According to Hoo, to understand the impact a new technology will have on people and culture, it's necessary to look at the impact that past technologies had when they became part of everyday life.

"In the Machine Age we see not only our universe as a machine, but we see our body as a machine and kind of adopt that metaphor throughout all of our different kinds of knowledge disciplines," he said.

"The same thing has happened for computers in our lives. Now you need to be computer-literate in order to participate socially, professionally, and politically, so the forecast here with simulation literacies is that in the coming years, as simulation technologies become as easy as doing a PowerPoint drag and drop, it becomes integrated into workflows and to social experiences, even into political activities."

Hoo seems certain that XR will become an integral part of the computing paradigm as soon as it's perceived as being more than merely a toy for gamers.

"For most people who have tried a VR experience, or AR experience, or XR experience today, it's been created by a computer programmer or a game developer, and that's a very small segment of our population," he said. "Usually, it's a game or a technology demo, and not everybody's interested."

That's going to change as soon as people discover that virtual or augmented reality headsets have uses beyond the gaming room, along with an ease of use that rivals any office software application. After that, the use of an Oculus Rift or another XR apparatus becomes an attractive part of the social landscape, be it for work or for play.

"Our expectations and our needs around computing at this point is that it's interconnected, interoperable, and that it's collective -- that we're doing this together," Hoo said. "People expect that, but up until recently, almost every XR experience you would have would be a solo experience. This move from solo to social is going to be very dramatic."

To underscore that last point, Hoo looks to the recent past.

"Personal computers were around for 30 years before most people wanted them and now everybody has one in their pocket," he said. "The inflection point was right around the 90s ... when the web and email came out. Suddenly, everybody wanted it, because it wasn't just what you could do, it was what we could do together, and that's the transformative part."

Social platforms for VR headsets are already here, he said, pointing to VRChat, in which users interact with others as 3D character models, reminiscent of Second Life, the online virtual world that was popular in the early years of this century.

"Spatial is another one that we actually will be demoing live on stage at Data Center World," he said.

Data Center World is taking place live, in Orlando, and digitally, wherever you are, August 16-19. Learn more and register here.