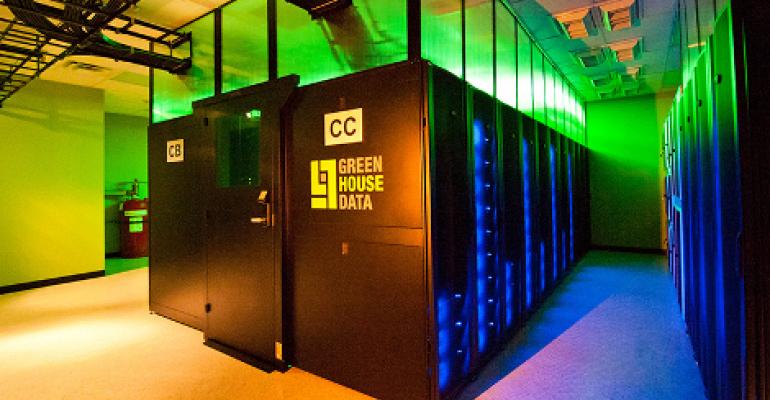 Investing in Millennials, "the Next IT Buyers"

If you believe, like one Data Center World speaker does, that millennials will continue to command the attention of smart organizations, then MILN might provide an interesting investment opportunity.

In the summary of his upcoming Data Center World session focused on managing millennials, Shawn Mills, president and CEO of Green House Data, points out that, “smart organizations will strive to appreciate and understand millennials—as many are entering their mid-30s—because this group is poised to become the next IT buyer.”

They’re already the most reliant on and the biggest buyers of technology in general, so it stands to reason that a career in data centers might be very attractive to the collective group. Exposed to technology very early in life, unlike Baby Boomers, they’re intimately familiar with the demand for around-the-clock access to data, movies, social networks, music, etc.

Millennials not only buy technology, they also invest in the very companies that provide it—not much different than the late 1960s and 1970s when a group of stocks called the Nifty Fifty embodied the culture and trends of the era.

Investors couldn’t get enough of this group of 50 large-cap blue chip stocks. Among the storied names were icons of American business like Polaroid, Xerox, Coca-Cola, General Electric, Sears and Texas Instruments. These companies and the products they sold touched every aspect of peoples’ lives and often several times a day.

That was then, but this is now. Some of the Nifty Fifty remain viable businesses today, but they’re the exceptions. Viable yesterday usually means out-of-date and favor today due to shifting demographic trends. As younger generations grow and mature and older generations age, different needs, spending habits and priorities begin to emerge.

If investing in your career is a priority, consider attending Data Center World in San Antonio, Texas, from March 12-15, 2018, check out the entire educational program and then register here.

And, with the advent and evolution of exchange traded funds (ETFs)—baskets of individual stocks—it’s possible to invest in very specific, long-term generational trends. Like the Nifty Fifty, many of these ETFs are comprised of trend-following businesses that cater to the on-demand culture of millennials and may last for decades.

Called thematic ETFs, they are part of a U.S. ETF market that has exploded to more than $3.11 trillion in assets. Nearly 450 funds worth about $78 billion make up the thematic landscape, according to the Financial Times. Millennials, those aged 16 to 36 currently earn roughly $2 trillion in income, and are poised to earn roughly $8 trillion by 2025. Additionally, the total transfer of wealth from baby boomers to millennials is expected to reach $40 trillion.

As these young adults transition from college, into the working world and move toward their peak earnings years, their spending or non-spending habits will influence what industries may succeed or fail. Considering that the 75.4 million millennials in the U.S. surpassed Baby Boomers as this nation’s largest demographic last year, they are a group to be reckoned with.

It just so happens that ETFs are the investment vehicle of choice for millennials, according to a Charles Schwab survey. That same survey also exposed other differences in priorities between generations. Not surprisingly, when it comes to transportation services like taxis and Uber, a higher percentage of millennials utilize, and spend more, on these services than other generations. Is it a matter of convenience or not owning a car? Probably a little bit of both.

Here’s one of the best ways to invest in what millennials spend their hard-earned dollars on.

Called the Global X Millennials Thematic ETF (NASDAQ:MILN) and launched in May 2016, it wreaks of millennials with holdings in social media, digital media, e-commerce, healthy lifestyles, travel, leisure, the sharing economy and technology, of course—the one thing this generation seems to be most smitten with.

In fact, just as 50 companies comprised the Nifty Fifty decades ago, the acronym FANG—coined by financial analyst Jim Kramer—represents the four companies with huge millennial followings in the 2000s: Facebook, Amazon, Netflix and Google.

With $9 million in assets, MILN contains those stocks as well as 66 others, including: PayPal, LinkedIn, eBay, Apple, Alphabet, Starbucks, Priceline, Intuit and Expedia. More than three-quarters of all of its holdings is comprised of consumer cyclicals and technology, with the former making up 51 percent.

So, if you believe, like DCW speaker Mills does, that millennials will continue to command the attention of smart organizations, then MILN might provide an interesting investment opportunity.