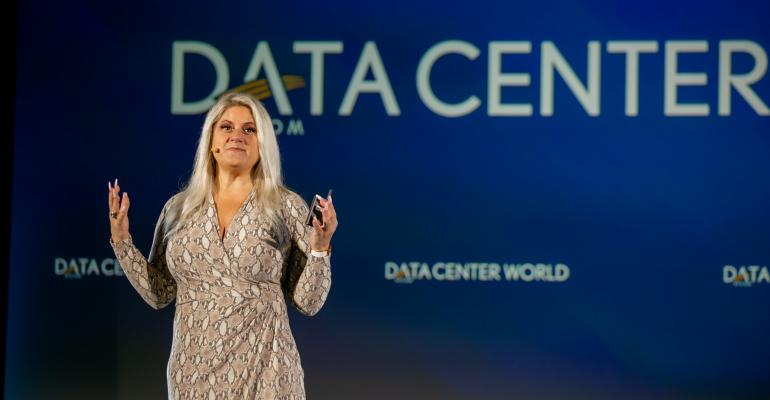 Last week at Data Center World, Amy Marks, VP of Industrialized Construction at Autodesk, offered some remarkable insights into the next stage of efficient construction methods for large data centers.

The modern approach begins with a clear, data-driven understanding of the end-product and is enabled by the growing trend toward prefabrication and modularity of construction components. This is a major shift in building large-scale facilities; a change that affects every step, from design to completion, and is enabled by the next generation of technology-based engineering and manufacturing.

For the most part, designing and building large facilities has traditionally been a bespoke and highly complicated process that involves the input from owners, architects, contractors, governing agencies, and building product manufacturers, a task that often results in buildings that are a one-off proposition.

Marks contended that this is an outdated model for constructing data centers, and a process often rife with broken communication, supply chain problems, wasteful iterative processes and inefficient use of both materials and personnel. She believes that the use of “productized modularity” for clearly defined components offers the best economy of scale, quality assurance, speed of construction and repeatability for new, purpose-built facilities.

The idea of modularity has been a facet of data center infrastructure for nearly two decades, as illustrated by the rise of converged and hyper converged systems that integrate compute, operating system, management, storage, and networking. These systems allowed IT infrastructure to move beyond the traditional bespoke model of relatively independent components into fully functional, turnkey modules that substantially changed the way infrastructure could be purchased, implemented, and managed. This also appeared as shipping-container sized, modular data centers complete with power and cooling; often used for auxiliary resources or disaster recovery.

The model for Industrialized Construction follows a similar path by breaking out a large facility into primary components that can be manufactured offsite – independent of the weather – and brought to the location for final assembly in a fraction of the time required for a traditional building. These modules can consist of combinations of relatively complex single and multi-trade assemblies for mechanical, electrical, and plumbing (MEP) equipment, to “volumetric” modules such as stairs, office spaces, or practically any combination of partial to fully enclosed workspaces.

While on the surface, this may seem a bit restrictive, manufacturers offer substantial customization options on a modular level, while still providing the controlled construction, materials optimization and manufacturing efficiency that make prefabrication worth considering.

It’s always a treat to hear from experts, and Amy Marks clearly deserves her reputation as the “Queen of Prefabrication.” As an IT infrastructure analyst, I’ve only occasionally had the opportunity to study the design and construction of modern, large-scale data centers, so Marks’ program was a revelation of how Industrialized Construction and prefabrication-based modularity is impacting the world of large-scale construction projects.

But it does raise a few questions; for instance, is this model only useful for greenfield applications? And perhaps more importantly, how deep is the pool of options for finding architects, engineers, suppliers and contractors that have also adopted Industrialized Construction methodologies? Inquiring minds want to know…