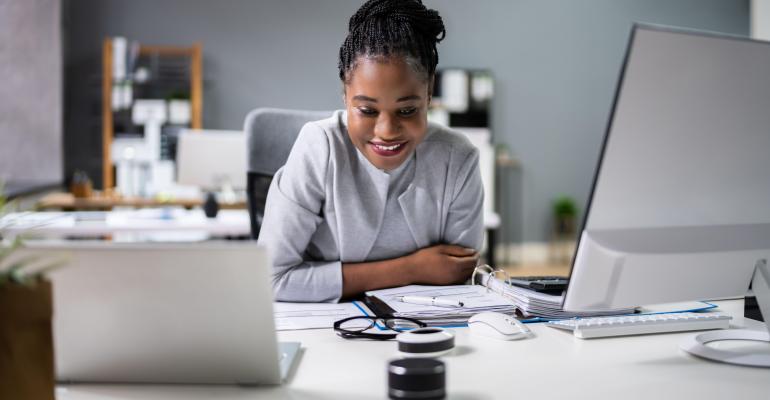 Women in IT: Progress in Workforce Culture, But Problems Persist

Women looking to build a career in IT still face multiple challenges, starting with a lack of support in their youth, but female IT leaders can act as mentors -- and inspiration.

Women in tech and IT are still facing the challenge of working and growing their careers in a male dominated environment, and organizations need to make a more concerted effort to eliminate the elements that should not be accepted in the workplace, such as harassment.

These were among the results of an Ensono survey of 1,500 female full-time tech workers in the US, UK and India, which found in the US, about one in five women report experiencing sexual harassment and verbal harassment.

Kamales Lardi, Valtech's managing director in Switzerland, says the most concerning element that stood out for her is the experiences women face with workplace harassment and abuse.

“It is discouraging to see that these experiences prevail, despite many organizations claiming that there are elements in place to avoid such experience,” she says. “I came up in the technology industry in the 90s and 2000s, having faced these scenarios and often being told that the issues lie with me -- I am sure many women faced a similar situation.”

However, with the level of awareness there is about the current tech and business landscape, she says the industry should be seeing a decrease in such occurrences.

From her perspective, women already in leadership positions need to sponsor women coming up the same path.

“This includes creating and maintaining a community of women who can support and encourage each other,” she says. “In my experience, men do these more than women in the business world.”

Proofpoint’s Global Resident CISO Lucia Milică says far too many women have been discouraged from pursuing STEAM (for science, technology, engineering, arts and math) careers, and a majority also believe that a lack of skills is holding them back.

“This is particularly troubling as the cybersecurity industry faces a profound talent gap,” she adds, pointing to a recent (ISC)2 report estimating the shortage of cybersecurity professionals at 2.72 million.

From Milică's perspective, the greatest challenge facing women in IT today is a lack of role models.

“Women need to be the role models who can inspire young minds, especially more women and minority leaders,” she says. “Even at the individual level, each of us -- teachers, parents, and other influential adults -- can plant the seed and grow the understanding among young people of the importance of IT jobs, and how that career path can make a difference in our world and society.”

She adds hiring bias and pay inequality, along with the lack of female role models, leaders, and advancement opportunities, all discourage women from pursuing a STEAM career.

“Women have to work much harder both to get hired and to advance their careers -- which perhaps explains why 52% of women in cybersecurity hold postgraduate degrees, compared to only 44% of men,” Milică notes.

She adds the industry also hasn’t done a great job sparking interest at an early age.

Read the full article on our sister site Information Week.