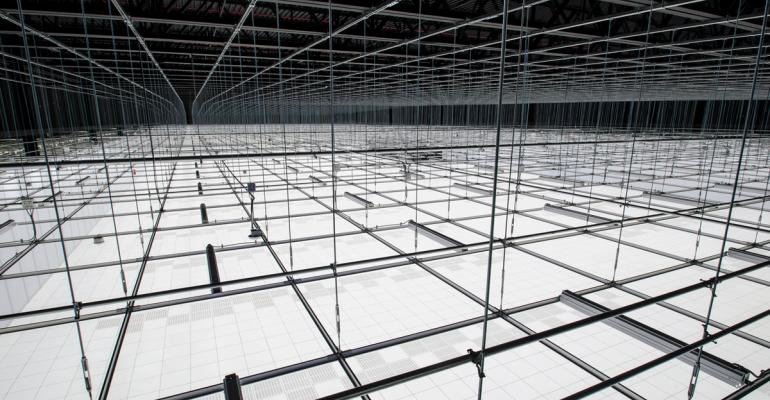 DCK Investor Edge: After failing to impress investors with first-quarter results, management has told a convincing story on the road.

What a difference a few weeks can make.

After failing to impress Wall Street in early May with record first-quarter bookings and key-metric growth in the double digits, CyrusOne saw its shares slide down in the week following earnings. That appears to have been because the data center provider hadn’t raised full-year guidance for FFO (funds from operations) per share – a key metric for REIT investors.

Its revenue for the quarter was up 32 percent, adjusted EBITDA up 36 percent, and normalized FFO per share up 18 percent.

Tale of the Tape

But over the past few weeks, during which CEO Gary Wojtaszek presented at two investor conferences (REITWeek and a JP Morgan event), and chief commercial officer Tesh Durvasula addressed a Cowen & Company conference, CyrusOne’s shares have climbed back up. After hitting a low of $51.54 on May 22, CONE was trading at $58.40, or 13 percent up, this Friday afternoon.

Investing for the Long Term

CyrusOne booked over $40 million in revenue in the first quarter – double the $20 million per quarter company guidance and 54 percent higher than the past four-quarter average. So why not raise FFO per share guidance?

Mangement is executing on a long-term strategy to morph from a US wholesale data center provider into a global player, with assets in Europe and Asia.

There are expansion plans in Atlanta, massive powered shells underway in top US markets, M&A (Zenium in London and Frankfurt), land purchases in Dublin and Amsterdam, and a $100 million strategic investment in China-based GDS Holdings. On the first-quarter earnings call, Wojtaszek harkened back to the slide above from the Q4 2017 earnings presentation. CyrusOne is now three months farther along, but this waterfall chart illustrates why shareholders should be patient.

Here are some key takeaways from all three conferences:

CyrusOne continues to "punch above its weight-class," with 15 percent of market share among publicly traded peers and bookings at 31 percent of reported sales in Q1 2018.

Zenium closing delayed. The sole reason for extending the purchase agreement another month is the time German regulators are taking to approve the transaction.

Europe could grow to be 25 percent of CyrusOne revenue over the next four or five years.

International revenue could be 30 percent with potential joint ventures with GDS in Asia.

Chinese internet giants are coming to the US with disruptive technology and applications. The GDS partnership gives CyrusOne an "edge" when it comes to cross-marketing opportunities.

In suburban Chicago (Aurora, Illinois) CyrusOne is partnering with CME Group on construction of a 300-foot-tall macro communications tower, which should be in service by the third quarter. When you think about wireless technology, capital and financial markets, data centers, and mobility, "all that is converging here at one campus," Durvasula explained. The tower should help level the playing field for high-frequency trading.

CyrusOne compares favorably across metrics that matter to ratings agencies. Building data centers is capital-intensive, and an investment-grade-rated balance sheet would allow the company to be more competitive and have better access to capital markets if they were to tighten. In addition to lower leverage, CyrusOne has higher consensus EBITDA growth and a lower AFFO dividend payout ratio of around 60 percent versus the large group of similar-size investment-grade-rated REITs. Data centers are still a relatively new REIT asset class, and Digital Realty currently has the only investment-grade balance sheet.

During the REITWeek presentation, Wojtaszek shared that he had recently met with three of the largest cloud giants. Each of them feels the need to build a gigawatt of capacity during the next five years. The total global data center buildout in 2017 delivered less than that. The total addressable market for data centers will be in the tens of billions.

There are at least a dozen cloud service and SaaS providers and social media giants out there, with the next dozen growing quickly as well. Most of them are either based on the US West Coast or in China. The GDS partnership signed last year is still in the early innings. While the deals won't all be homeruns, I expect to see a few singles or doubles announced soon.

CyrusOne is in the process of becoming the third US-based global data center REIT. Meanwhile, there aren't any issues with key metrics. The ROIC on new development is averaging 15 percent, and EBITDA margins are at 56.5 percent (down 150 basis points due to ramping up for Europe). The sales are there. The growth is there. The capital is being invested with a longer-term horizon.

CyrusOne has done good job communicating with investors and analysts. It appears an investment-grade rating could be coming within the next year. The transparency and additional color have been rewarded by a significant increase in share price. This is a valuable lesson some industry peers have yet to fully grasp.