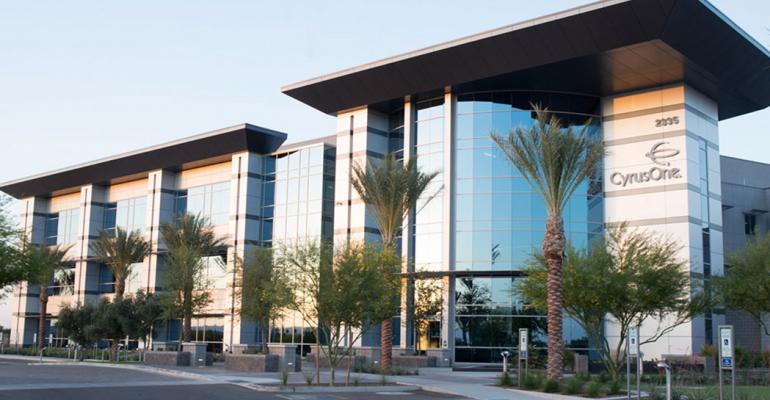 Dallas-based data center provider CyrusOne is expanding its geographic reach both at home and abroad.

The real estate investment trust (REIT) that operates colocation and wholesale data centers in the US, Europe, South America, and Asia, this week announced it's reached an agreement to purchase land for a planned data center campus at Agriport A7, a 100-hectare business park in Middenmeer, the Netherlands, about 40 miles north of Amsterdam. It's also acquired land for its first Silicon Valley data center.

The agreement in Middenmeer gives CyrusOne options to purchase up to 33 hectares (about 81 acres) in parcels "as demand dictates," the company said in a statement. The location has access to inexpensive and reliable power, and it's already home to two major hyperscale developments. Microsoft has been building a $2 billion facility in the park since 2014.

CyrusOne, which counts all of the major cloud providers as customers, plans on eventually building six 45MW data centers, for a total capacity of 270MW, in the park. The company hasn't indicated when the first facility will be ready for occupation, although there are indications the planned data centers there will be custom-built for hyperscale customers.

"We are now launching into the design and development phase, so that we can basically pitch these solutions to our hyperscale customers that need that type of scale in the Netherlands," CEO Gary J. Wojtaszek told investors in a quarterly earnings call Wednesday.

The announcement comes on the heels of close of CyrusOne's acquisition of the European hyperscale data center provider Zenium Data Centers, announced in December. In the deal, CyrusOne spent $442 million to add four data centers, evenly split between London and Frankfurt, to its portfolio. The Zenium centers have combined colocation space of 260,000 square feet and 49.3MW power capacity.

Wojtaszek indicated that Europe is where most of the company's expansion efforts can be expected in the immediate future.

"We've done a lot in Europe over the last year, but we're going to continue to look for additional capacity," he said. "Right now, we're predominantly located in some of the markets in the north of Europe, and we're going to be looking at expanding into the south. We have nothing in France. We have nothing in Spain. Nothing in Italy. Those are markets that we will continue to look into to build out that platform."

That doesn't mean there's no expansion in the US, however. After a long search, CyrusOne recently acquired a 15-acre property in Santa Clara, California, where it expects to build its first Silicon Valley data center. Wojtaszek indicated that the search was hampered by the area's high real estate prices.

"Santa Clara was the last remaining location in the US where we were looking for capacity that we didn't have," he said. "It's one of the largest data center markets in the country, and we've been looking for the last several years. We've had other properties under contract that we couldn't get the yields to work out, given the price that the sellers had wanted on this. So the pricing in that market is probably 50 percent to 60 percent higher than what we see in the rest of the portfolio."

In addition, CyrusOne recently acquired land in Northern Virginia and the Dallas area to support growth in those markets. It's also scouting a location in the San Antonio market, where available space at its existing data center has run out.

The company has access to land for expansion in all its other markets.

While the continuing enterprise move to the cloud and growing volume of data driven by streaming media and connected devices are big drivers for CyrusOne's business, Wojtaszek said he thinks that artificial intelligence is on its way to creating even more demand for data center space.

"AI demand is starting off at a very small base right now, but it's growing dramatically," he said. "I think the best leading indicator of that is if you look at NVIDIA and what their GPU chips are going in. That trend has been taking hold in that company for almost two years now, and they have a dominant position in those chips, and those are predominantly going into some of those [AI] applications today.

"That's just starting. You're seeing a lot of the other semiconductor companies now positioning their companies to attack that GPU market more because they see the opportunities there. Those are almost all going into different AI opportunities, and that still hasn't manifested itself in broad data center demand, which we think is absolutely going to occur."