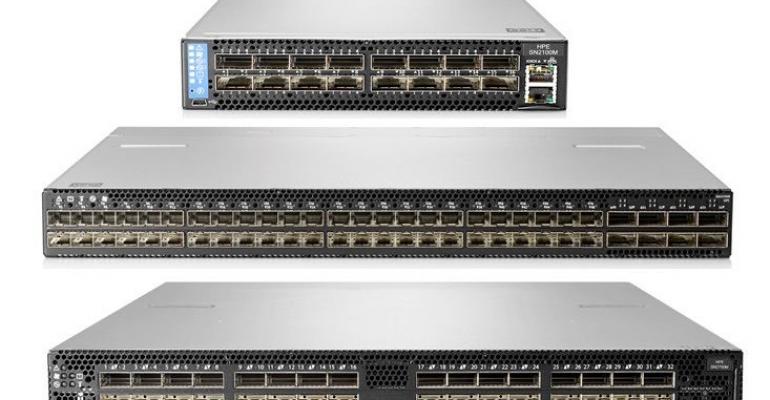 The open data center networking firm’s first partnership with the giant went nowhere. But its CEO says this time things are different.

Cumulus Networks, an open data center network company, this week announced a new partnership with Hewlett Packard Enterprise, which will now sell and support Cumulus’s software for some of its storage networking switches.

“This is a really nice partnership for both companies,” Leslie told Data Center Knowledge in an interview. “It creates new opportunities and a new channel for us, and it creates a better product portfolio for their [HPE’s] customers, so it’s a real slam dunk type of partnership.”

Cumulus competes against the likes of Cisco, Arista Networks, Juniper Networks, and startups like Big Switch Networks in the data center networking market. Its Linux OS runs data center network switches, and its NetQ tool allows IT staffers to monitor and troubleshoot their networks.

IDC analyst Brad Casemore agreed that the partnership will benefit both companies. It will allow ten-year-old Cumulus to further grow its business and make inroads into storage networking, from primary, secondary, and object storage systems to the fast-growing hyperconverged infrastructure market, he said.

“This should definitely help Cumulus’s profile and extend their footprint, and for HPE, it offers their customers more flexibility and choice,” Casemore said.

HPE struck a partnership with Cumulus’s major rival Big Switch in 2017, but it’s unclear whether that partnership is still active. Big Switch lists HPE as a technology partner on its website, but no mentions of Big Switch could be found on HPE’s website.

Leslie said Cumulus’s HPE partnership is important because there is a finite number of big systems vendors. Cumulus, he said, has partnerships with the other vendors, including Dell EMC, Lenovo, and Mellanox Technologies, as well as ODMs like EdgeCore Networks, Quanta Cloud Technology, and Penguin Computing.

“We have the market fairly well covered, HPE notwithstanding,” he said.

Cumulus has partnered with HPE once in the past. In that first partnership, HPE made Cumulus’s software available for its Altoline family of network switches, but Leslie said it never gained traction. The earlier partnership never resulted in a substantial portion of Cumulus’s business, he said.

HPE’s partnership with Big Switch was also for Altoline.

The new partnership with HPE is more significant, according to Leslie, who believes it will help Cumulus boost sales.

“This (new partnership) is less of a speculative partnership. This new partnership is driven by where we stand in the industry today, and what they [HPE] are trying to accomplish for their customers,” he said, adding that Cumulus’s 2019 fourth quarter sales exceeded internal expectations, and that the company had signed more than 500 new customers during the past year.

Leslie said the HPE-Cumulus partnership will benefit customers of both companies. While some organizations have already deployed Cumulus data center networking software on HPE switches, the new partnership will allow Cumulus to attract new HPE storage switch customers and vice versa, he said.

“If you are an existing Cumulus customer, this makes your life better and easier because you know it will all work together when you buy storage from HPE. You can buy it all from HPE, which is attractive and convenient,” he said. “And if you are an HPE customer, this might be your first introduction to Cumulus. You might buy it to connect all your HPE storage, and you might extend it to other parts of your network, which gives us access to a bigger piece of the market.”

Cumulus is making sure its software works seamlessly with HPE’s M-Series switches and is training HPE’s sales and support teams, Leslie said.

“We are qualifying the M-Series systems and making sure our software works perfectly on them,” he said. “Secondly, we are training and enabling both HPE’s sales and support organizations to be able to effectively position, sell, and architect these solutions, and to support them once customers buy them.”