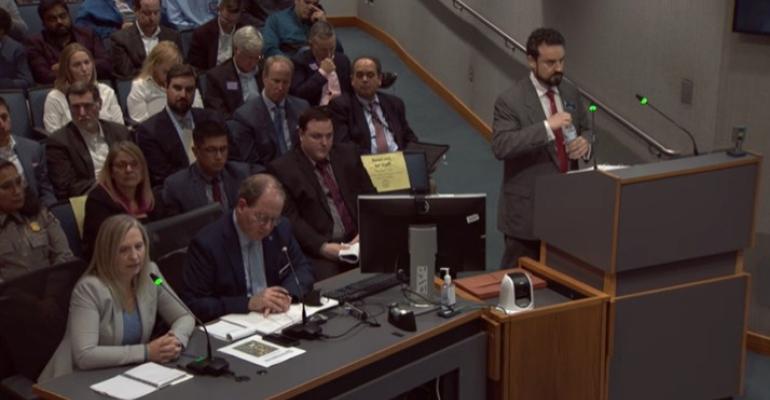 Prince William County’s Board of Supervisors this morning voted 5 to 2 to approve the county’s “PW Digital Gateway,” giving data center companies such as QTS Realty Trust and Compass Datacenters the chance to leverage the area’s proximity to Data Center Alley and its data-center-ready infrastructure.

Related: NIMBY and the Data Center: Lessons From the Battle of Newark

Reports reveal Compass Datacenters co-founder Chris Curtis views the land along Prince William County’s Pageland Lane area as some of the “best in the world” for data centers.

“We are thrilled this agenda item was approved and look forward to being the givers in the digital infrastructure space,” Nancy Novak, chief innovation officer, Compass Datacenters, told Data Center Knowledge. “Digital transformation is so critical to the world, and providing access to data that provides opportunities and critical applications to humans everywhere is important for sustainability, diversity, health and welfare, education and innovative solutions for global challenges.”

Supervisors in favor of the PW Digital Gateway want to expand the commercial tax base for the region. While vocal opponents, such as Prince William County Supervisor Jeanine Lawson, would prefer data centers to remain in the Opportunity Zone Data Center Overlay District. Supervisor Lawson mentioned dependence on one industry could turn Prince William into a “Concrete Belt” similar to the Rust Belt counties in states such as New York, Pennsylvania, Ohio, and West Virginia that experienced a sharp decline once factories abandoned the area.

Outcome: QTS and Compass Likely to Get Rezoning Approval

With approval of the PW Digital Gateway, QTS and Compass can now apply for rezoning of rural parcels in the Pageland Lane area.

This decision comes in the face of strong opposition from residents who are concerned the construction will cause noise, pollution, and oversaturation (a strong dependence on one industry for the local economy). These issues aren’t new for those familiar with data center NIMBY objections.

What is relatively new and highly impactful is the objection based on cultural and historic grounds. Prince William County’s Pageland Lane section holds deep cultural significance to the African American and Native American communities there because of the burial sites, both marked and unmarked, that dot the area’s landscape.

Staff at Prince William County’s economic development office recommended adoption of the PW Digital Gateway during an initial presentation to the county’s Board of Supervisors. The meeting lasted a record 14 hours due to the public comments of 239 residents (both online and in person), according to InsideNoVA.com.

Approval of the PW Digital Gateway enacts a provision for data center developers to reinter any unearthed human remains.