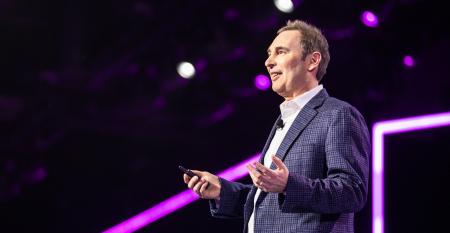 Verizon Releases Its Biggest Cyberthreat Trends Report Ever
May 08, 2019
Ransomware remains the dominant form of cyberattack and phishing attacks now have more impact, despite more...
Verizon’s First 5G Mobile Service Goes Live in Two US Cities
Apr 03, 2019
Verizon customers in parts of Chicago and Minneapolis can now experience mobile 5G, but only if they have the...

AWS Now Verizon's 'Preferred Cloud Provider'
May 15, 2018
Can you hear me now? Only two weeks after its Oath division adopted Amazon Web Services exclusively, Verizon goes all in with AWS.

Millions of Verizon Customer Records Exposed through Open Amazon S3 Bucket
Jul 13, 2017
An organization is only as secure as its most vulnerable partner, which is a lesson Verizon is learning the hard way this week as 14 million records belonging to its subscribers were found on an unprotected Amazon S3 storage server managed by...

Verizon to Sell Cloud and Managed Hosting Business to IBM
May 03, 2017
Plans to focus on managed services around partner offerings

Verizon Finds Only Biggest Thrive Down on the Data Farm
Dec 08, 2016
The latest to wave the data-center white flag is Verizon Communications Inc., which said on Tuesday that it planned to sell 29 of its data centers for $3.6 billion.