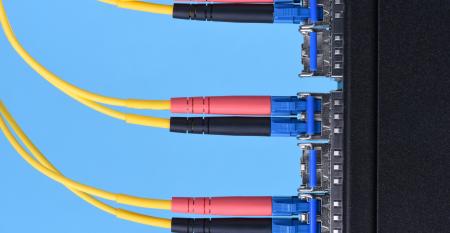 Vapor IO and VMware's Open Grid Alliance Aims to 'Rearchitect the Internet'
May 04, 2021
A group of vendors has banded together to form a trade association of sorts to define a vision for a distributed...

Hivelocity, Vapor IO to Bring Bare Metal for Edge Computing to 36 US Markets
Nov 12, 2020
The data center provider signs with Vapor IO to bring its bare-metal infrastructure closer to more users across...

Digital Realty and Vapor IO Pave the Roads to the Edge
Jun 24, 2020
The core-to-edge system is designed to fast-track deployment of highly distributed, latency sensitive workloads.

Cloudflare’s Current Expansion Is Different from the Others
Mar 12, 2020
The company is expanding its US network in a big way, and it’s turned to two edge data center startups for help.

Vapor IO to Bring Cloudflare to the Edge in 36 US Cities
Jan 22, 2020
The deal is a big win for the edge data center startup amid an ambitious nationwide buildout.

Here's What Data Centers for Edge Computing at the Tower Look Like
Sep 10, 2019
Austin-based Vapor IO this year has been busy deploying some of the world’s first wireless tower-connected data center networks...

Vapor and Crown Link the Cellular Edge to AWS Cloud Onramps
Apr 24, 2019
Edge computing colo network in Chicago now has an “easy button” for private links to the cloud.