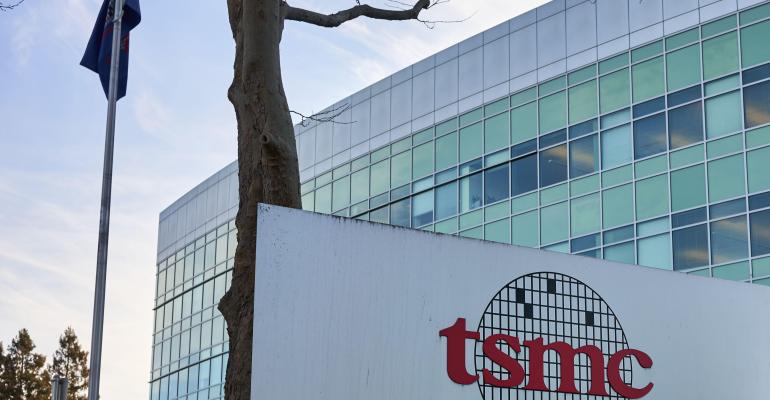 TSMC's year-to-date sales saw a 44% surge thanks to the depreciating Taiwanese dollar.

Revenue rose to NT$210.3 billion ($6.6 billion) from NT$134.5 billion a year earlier, the company said Thursday in a statement. Year-to-date sales at TSMC, which benefits as the Taiwanese dollar depreciates, have risen 44%.

Related: Ex-Consultant Gets Temasek to Help It Build the TSMC of Chip Design

Sales of electronics from smartphones to computers are slowing as consumers curb spending amid accelerating inflation and rising interest rates, leaving chipmakers under pressure. The industry has also been hit by the US-China tech war, with Washington enacting restrictions to try to counter China’s ambitions and trying to attract more projects to US shores.

TSMC said this week it was preparing for another US plant in addition to the $12 billion complex it was already building in Arizona, a sign of confidence during the broader tech downturn. Other chipmakers have warned in recent months that they are facing a tougher market as inventories build up and orders are being cut by data center as well as consumer tech clients.

Shares of TSMC have lost about a third of their value this year, also hurt by growing investor concern over the risks posed by a more aggressive China toward the company’s home base of Taiwan.