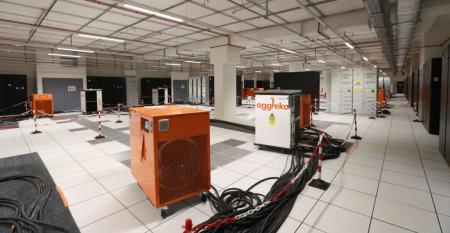 QTS Goes Bargain-Hunting in Europe, Scores Two Data Centers
May 02, 2019
The US giant’s acquisition of two Netherlands sites may be the biggest bargain it’s scored to date.

Data Center REITs Soar Back After a Bruising 2018
Apr 12, 2019
DCK Investor Edge: Last year was particularly challenging for all data center shareholders, but the patient have...

Alinda Latest Infrastructure Investor to Get into Data Center Business
Feb 26, 2019
Its assets include Heathrow Airport and an oil pipeline in Louisiana. Now it also owns half of a QTS data center in Virginia.

QTS Offloading 200 Customers to Partner GDT as It Shifts Strategy
Apr 27, 2018
Company moving away from hands-on management of custom client environments and toward new automated platform

DCK Investor Edge: While Breaking New Ground, QTS’s AWS Deal is a Wildcard
Nov 16, 2017
For the first time, a colocation offering will be sold on the AWS Marketplace, but does QTS really have the tiger by the tail?
Load More