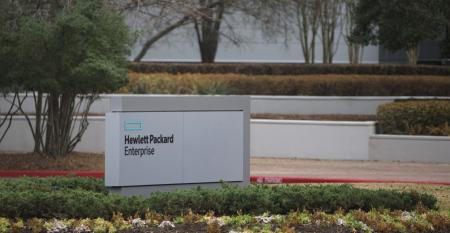 HPE Eyes Acquisition of Nutanix
Dec 02, 2022
In line with recent moves into cloud computing and AI, hardware giant HPE now sets its sights on acquiring Nutanix, according to Bloomberg.

Nutanix and VMware Started as Partners. They’re Now Bitter Rivals
Feb 01, 2021
VMware’s lawsuit against its former executive shows how much of a ‘perceived threat’ Nutanix is.

VMware Is Said to Have a Weak Case Against Nutanix’s New CEO
Jan 20, 2021
The company faces a steep hill in proving its former COO actively harmed its business when negotiating with the...

Nutanix Launches Hyperconverged Infrastructure SaaS, Kubernetes PaaS
Sep 08, 2020
The company is advancing its effort to be recognized as a cloud platform vendor rather than an HCI vendor.

Cumulus and Nutanix Team Up to Simplify Hyperconverged Infrastructure Networking
Jan 30, 2019
The partnership is the latest in a series of moves by HCI vendors to integrate networking into their solutions.

Nutanix Adds SDN to Its Hyperconverged Infrastructure
May 09, 2018
Also rolls out database deployment easy-button and public cloud management tool at its .Next conference

Will Nutanix Partnership Make Google Cloud a Contender?
Jul 05, 2017
Google Cloud Platform's new partnership with Nutanix, announced last week at the Nutanix .NEXT conference, at first glance seems to be a win for both companies. The agreement will see the companies’ enterprise cloud environments merged and will...