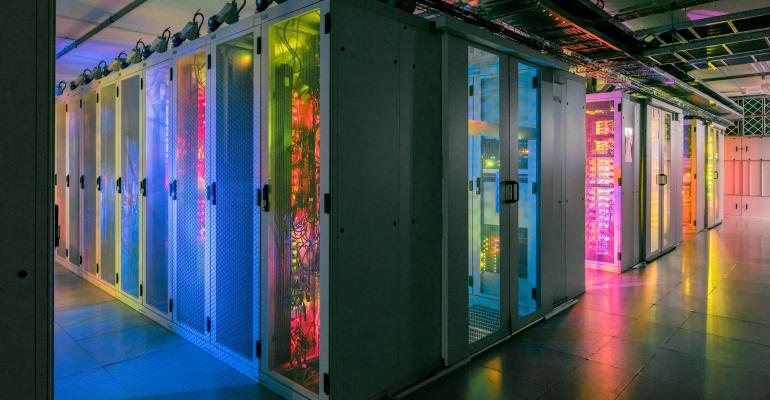 Private equity firms duke it out for the chance to acquire China-based data center company Vnet, continuing the trend of demand for data centers in Asia among investor groups.

(Bloomberg) --MBK Partners is considering making a bid for Chinese data center company Vnet Group Inc., according to people familiar with the matter, potentially kicking off a battle with another private equity firm.

The North Asia-focused investor is in talks to team up with a partner on a joint offer for New York-listed Vnet, the people said, asking not to be identified because the matter is private. A bid from an MBK-led group would compete with boutique Chinese advisory and private equity firm Hina Group and the Shanghai branch of Industrial Bank Co., which in April submitted a non-binding cash takeover proposal to acquire Vnet’s shares for $8 per American depositary receipt. The offer would value the company at about $1.1 billion, according to Bloomberg calculations.

Shares jumped as much as 19% in pre-market trading in New York following the Bloomberg News report. The company’s ADSs had plunged about 68% in the past year.

Vnet, whose backers include US investment giant Blackstone Inc. and Singaporean sovereign wealth fund GIC Pte, has drawn interest from other investment funds and firms in the industry, one of the people said. Considerations are preliminary and an MBK-led group could still decide against pursuing a transaction, they said.

Founded in 1996, Vnet is a carrier-neutral data center services provider in China. It counts more than 50 data centers in more than 30 cities across China. The company formerly known as 21Vianet Group changed its name in October to Vnet Group.

MBK, which has more than $25.6 billion in capital under management, focuses on investments in China, Japan and South Korea, according to its website.

Data center companies across Asia have drawn potential acquirers in part due to the perception they have stable returns and expectations of ongoing growth as people increasingly rely on technology. Chindata Group Holdings Ltd., the Chinese data center operator backed by Bain Capital, has also attracted takeover interest from industry rivals, Bloomberg News has reported. DigitalBridge Group Inc., I Squared Capital-owned BDx and Equinix Inc. are among potential suitors for the data center business of Malaysia’s Time Dotcom Bhd., people familiar with the matter have said.