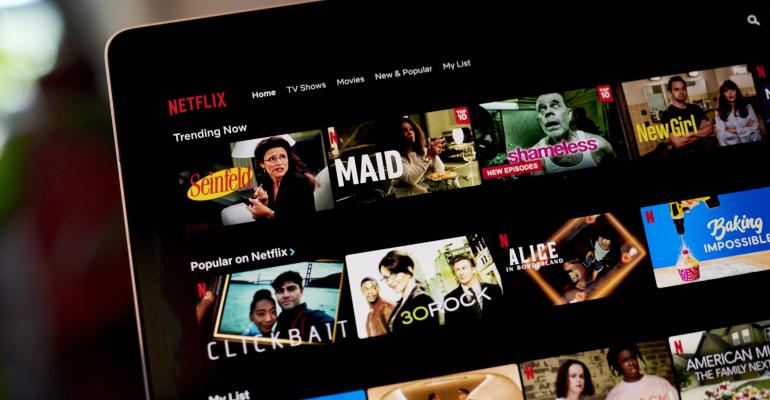 Netflix is in the crosshairs of EU lawmakers for digital infrastructure costs, could hyperscalers be next?

(Bloomberg) --Key European parliamentarians are backing a push to make streaming sites like Netflix and YouTube pay their “fair share” to support internet infrastructure upgrades, according to a draft letter seen by Bloomberg.
“In a time when climbing inflation puts pressure on consumers and businesses, a fair and transparent contribution from all the relevant market players, i.e. the largest traffic generators,” to the European Union’s target of equipping all European households with a gigabit network and all populated areas with 5G by 2030 “has become all the more urgent,” the draft said.

The letter, which will be sent to Executive Vice President Margrethe Vestager and Internal Market Commissioner Thierry Breton, has already been signed by key MEPs who played a major role in negotiating the Digital Markets Act and Digital Services Act, EU legislation meant to loosen major tech companies’ grip on the digital market and force platforms to better handle illegal and harmful content.

The European Commission has since the spring been looking into writing a legislative proposal that would require streaming sites to contribute to internet infrastructure. Although a proposal is not likely until 2023 at the earliest, tech companies, as well as some parliamentarians and EU countries, have already raised concerns about the idea, mostly focused that it could threaten net neutrality in the EU.

The letter, however, shows that the proposal has support from signatories including Andreas Schwab, a German member of the European People’s Party who led the negotiations on the DMA, as well as Stéphanie Yon-Courtin, a French MEP from the Renew group; and Paul Tang, a Dutch MEP from the S&D group. Other members of parliament are likely to sign the letter next week when the plenary is in session.

Schwab, Yon-Courtin and Tang raised concerns that Europe needs to improve its digital infrastructure, especially in the wake of the Covid-19 pandemic, which increased the amount of data and internet traffic people were using.

“It has been noted that today the costs of digital infrastructure are not fairly shared by all the market players,” the parliamentarians wrote. The debate is taking place in other countries and regions including South Korea. They note that “in the EU, the limited growth of telecom markets should be a reason for concern.”

They added that any proposal should respect the EU’s open internet and ensure that “this fairer contribution should not be discriminatory against specific companies, but reflect the role and impact of those generating the most traffic in the network.”