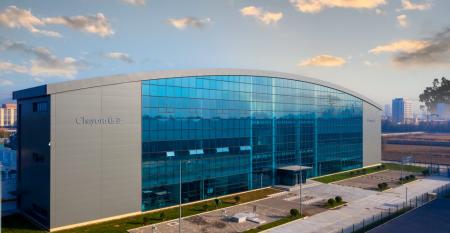 EdgeConneX Expands to China in Partnership With Chayora
Dec 20, 2021
Offering customers rack space in Tianjin, and coming to Shanghai at the end of next year.

EdgeConneX Is Coming to Belgium With a 20MW Data Center
Dec 03, 2021
New facility near Brussels will open its doors in early 2023.

Sweden’s EQT to Purchase Controlling Stake in EdgeConneX
Aug 20, 2020
The move from an international investor known for funding metropolitan car parks and motorways throughout Europe...

EQT in Talks to Buy Edge Data Center Specialist EdgeConneX for $2.5B
Oct 11, 2019
The talks come amid a steady stream of dealmaking for data centers, which are benefiting as companies around the world increasingly rely on third parties to manage their data.

Searching for the Car Network’s Natural Edge
Jun 18, 2018
Renovo and EdgeConneX go where cars hang out the most

EdgeConneX Takes Its Flavor of Edge Data Center to South America
Jan 18, 2018
The company announced a 10MW facility in Buenos Aires with support from the government and a group of telco partners that serve...

With Microsoft Data Center Deal, EdgeConneX Takes on Wholesale Giants
Oct 03, 2016
Multiple ongoing mega-scale builds in the US and Europe indicate that the company is looking beyond its initial edge-focused strategy.

Can EdgeConneX Disrupt Incumbent Data Center Providers?
Sep 13, 2016
The edge data center provider is more than just another niche player and is already a much larger enterprise than probably most investors realize.