BROUGHT TO YOU BY
Recent
Recent
How the US Postal Service Is Using AI at the Edge to Improve Mail
May 06, 2021
NVIDIA Unveils Morpheus AI Cybersecurity Framework
May 05, 2021
Top 10 Data Center Stories of the Month: April 2021
May 05, 2021
2021 State of the Edge Report Shows Impact of COVID-19 on Edge Use
May 03, 2021
Arm’s New Neoverse V1, N2 Chips Take on Intel in the Data Center Market
May 03, 2021
Featured
The Pros and Cons of Kubernetes-Based Hybrid Cloud
Feb 19, 2021
How Hyperscale Cloud Platforms are Reshaping the Submarine Cable Industry
Feb 17, 2021
Data Center Provider Cyxtera to Go Public Via $3.4B Starboard SPAC Deal
Feb 22, 2021
Managing Encryption for Data Centers Is Hard. And It Will Get Harder
Feb 16, 2021
Highlights 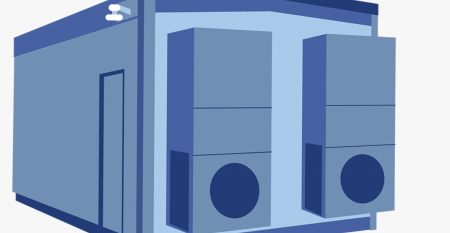 DataBank Bets on Colocation for Edge Computing with EdgePresence Deal
Oct 21, 2020
The $30 million investment ensures the partnership will extend DataBank’s reach to the “far-edge” US markets.

Its zColo Acquisition Will Make DataBank a US Data Center Heavyweight
Sep 30, 2020
The deal will give DataBank a national-scale platform and make it one of the largest privately held US data...

Meet Digital Bridge, a New Consolidator in the US Data Center Market
Feb 28, 2017
It’s acquired DataBank and C7, and it may be close to buying Vantage, but it’s not stopping there