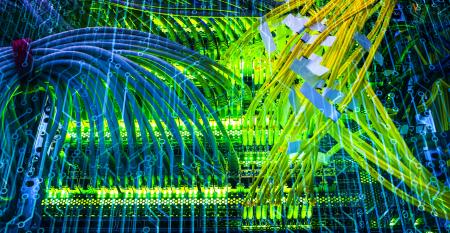 Cisco Promises to Increase Black Representation in Workforce
Sep 23, 2020
Silicon Valley companies are under pressure to match their in-house actions to the proclamations of support they...

Cisco Gives Weak Revenue Forecast Showing Recession Biting
Aug 13, 2020
CEO pledges to reduce expenses by $1 billion through a reorganization that will include job cuts and early retirement for some workers.

Cisco Fires Workers for Racial Comments During Diversity Forum
Jul 17, 2020
Executives have publicly positioned themselves against racism, but some workers inside these companies are chafing at the new focus on race.

Cisco Buys Startup ThousandEyes to Add to Software, Services
May 28, 2020
Sources say the acquisition price of the network health monitoring firm is about $1 billion.

Cisco Forecast Aided by Pandemic-Fueled Online Traffic Surge
May 15, 2020
“Anyone who’s going to be in trouble three to six months from now is already pausing.”

Cisco to Let Cash-Strapped Customers Defer Payments for Tech Purchases
Apr 16, 2020
The vendor has unveiled a $2.5 billion financing program so its customers can keep upgrading through the pandemic.

Cisco CEO Tells Staff Jobs Are Safe, Urges Others to Avoid Cuts
Apr 09, 2020
"Why would we contribute to the problem?”

Why Cisco Got Into the Merchant Silicon Market
Feb 14, 2020
While the overall data center switch silicon market is growing, its proprietary segment is shrinking.

Cisco Simplifies On-Prem Kubernetes for Its HyperFlex HCI Customers
Jan 28, 2020
The company leads with containers-as-a-service on-prem as it kicks off its big Barcelona show.