Amazon started as a bookstore but has irretrievably changed how the data center industry operates. Stay tuned to DCK for Amazon data center infrastructure news you can't miss. 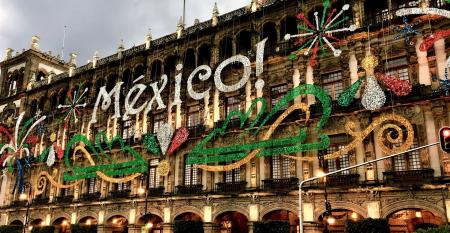 Amazon’s Cloud Unit Is in Talks to Open Data Center in Mexico
Dec 10, 2021
Source said the company has been working closely with the federal government.

AWS, Azure Vulnerabilities Would Have Allowed Access To Other Customers’ Accounts
Mar 10, 2022
AutoWarp is no longer a problem thanks to a centralized patching effort.

AWS Is Out To Kill Mainframes
Dec 01, 2021
The cloud vendor wants to replace big iron with hyperscale servers, and COBOL – with Java

Amazon, Apple and Google Pledge Training for Women in Indo-Pacific
Sep 09, 2022
The plan is designed to promote sustainable and inclusive economic growth, while advancing competitiveness in the region. Apple, Amazon, Google, Cisco, Dell and Microsoft are just some of the tech companies involved in the program.

Ex-Amazon Cloud Worker Convicted of Massive Capital One Hack
Jun 20, 2022
Paige A. Thompson was able to hack into the accounts of more than 30 Amazon customers, including Capital One Bank, and download...

Amazon Signs up for Another 450MW of Solar, Giant Batteries
May 10, 2022
Data centers in California take advantage of the sun.

Four Reasons Why AWS Could Lose Its Dominant Cloud Market Share
May 10, 2022
AWS may be riding high in the public cloud arena, but that doesn't mean it couldn't lose its market edge. Here are the greatest threats to the No. 1 cloud provider.

Why Nasdaq Remains Bullish on the Cloud
Jan 13, 2022
Nasdaq's first cloud bill from AWS was only $20, but the stock exchange is now poised to go all in on the cloud for its financial services platform.
Load More