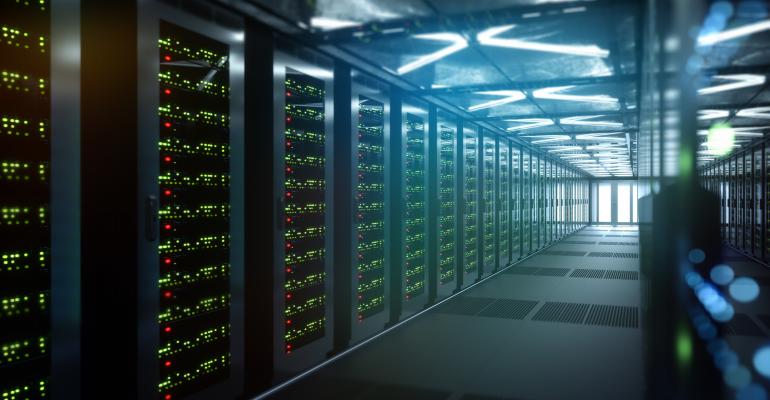 What Data Center Colocation Is Today, and Why It’s Changed

Data center colocation has become about much more than connectivity, space, and power. Here’s what’s changed.

It was in 2013, when Charter Communications and Comcast began investing jointly in a new operator of smaller colocation data center facilities called EdgeConneX, that Jim Kerrigan noticed something new and potentially significant had just happened in his industry.

Suddenly, the two largest cable network operators in the US were joining with Akamai, the content delivery network with the largest chunk of market share worldwide. The investment was fairly well-reported at the time, but the reason was escaping most analysts’ attention. TV viewers were catching on with cloud-based recording, replacing their TiVo boxes with cloud DVR. The big cloud service providers were delivering capacity, but not speed. Giving TV viewers faster response times was so important, that the biggest competitors were willing to partner with each other to build a better delivery channel.

Related: Everything You Need to Know About Colocation Pricing

This was when “the edge” became a genuine reality. Kerrigan, one of the most prominent data center real estate brokers in the US, who currently leads his own practice, North American Data Centers, would help Comcast roll out 22 US locations for servicing cloud DVR. These were colocation data centers built specifically for edge-computing purposes.

When EdgeConneX signed one of its first hyperscale deals, a 30MW facility for Microsoft in Elk Grove Village, outside Chicago, the scale of the project was much greater than its preceding sites, but the point was the same.

“It was really an edge deal,” Kerrigan told DCK, “because they were really trying to get to the eyeballs.”

Cloud Has Changed the Game for Colocation

When Todd Bateman, managing principal at Intelligence & Strategic Advisors, first entered the real estate advisory business at the start of the new century, “you were still seeing people unwinding large-scale IBM and Sungard contracts, which were for exorbitant sums per kilowatt, but that’s because [they] included the hardware,” he told us. Leases were running on the order of $900 per 1kW, compared to $150 colocation providers charged.

That was before the advent of the public cloud. While all-in-one colocation deals that include hardware and connectivity in addition to power and space have occasionally come back into vogue since then, for the most part, enterprise IT deployments have become hybridized, Bateman observed.

Edge computing – or at least the option of deploying IT assets in multiple, smaller, more geographically diverse locations – has mixed up the conversation for enterprises. Yes, effectively all deployments are hybridized now. Yet not only are assets more widely distributed between the cloud and colocation than they once were; the very objectives of these deployments have changed, depending upon the enterprise’s most recent experience.

“From an ownership perspective, it’s sometimes complicated,” remarked Bateman, “because we’re speaking in three dimensions now. That’s fine, because that’s our business. But it really is nuanced to the level of understanding of the team that you talk to.”

Colocation has become largely a new industry over the last five or six years, multiple industry insiders told us. There are still large enterprises marshaling the exodus from their on-premises data centers to colocation facilities, and they are being introduced to the idea of multicloud services for the first time. For the most part, they have yet to learn what “the edge” even is, let alone what it means for them.

Meanwhile, a great many organizations are moving back into colocation data centers from their mostly cloud, or all-cloud, deployments. Data volumes have become unmanageable and even unaffordable in the cloud. What’s more, data sovereignty requirements and the trend toward re-nationalization worldwide have necessitated deployments where customer data never crosses certain countries’ boundaries. Repatriating this class of customers means conversing with them in the language of the cloud — the language of workloads and performance versus the language of capacity and space.

That’s a challenge for data center colocation providers. At their core, they’re still real estate and property development firms — much more so than software engineering and workload management consultants.

“We at Digital Realty have in our portfolio some of the most highly interconnected assets on the planet,” stated Scott Mills, Digital’s global VP of solutions engineering. “That helps position us in the early discussion and ideation process with certain customers who are trying to understand what they want to do at the edge. But then, it also depends on how mature their view of their solution is. Are we engaging with them to take them through those steps?”

Meanwhile, Equinix, the world’s largest colocation provider, has conditioned its sales and consulting teams not just to ask customers what they need, but to find new ways of informing them if they don’t have that information up-front.

“Using publicly available data, we can actually get a pretty good guess as to what applications different enterprises are using,” Bill Long, Equinix’ senior VP of product management, told us. “And we’ll come in with a blueprint that says, this is what we think you’re using; this is how we think you’ve architected it; here’s a proposal for how you can transform that over time to better serve your constituents.”

That’s followed by a conversation about the customer’s current place in that journey. That conversation will begin with a discussion of which workloads and applications may be best suited to remain in the public cloud, while ascertaining what data can be moved into colocation space. From there, Equinix builds out a migration plan, which includes a study of how interconnection may expedite and streamline that migration.

The data center colocation industry faces a different world and a different market today. Be sure to read this DCK special guide to colocation pricing for enterprise customers and visit the Colocation section of our site for the latest in the space.