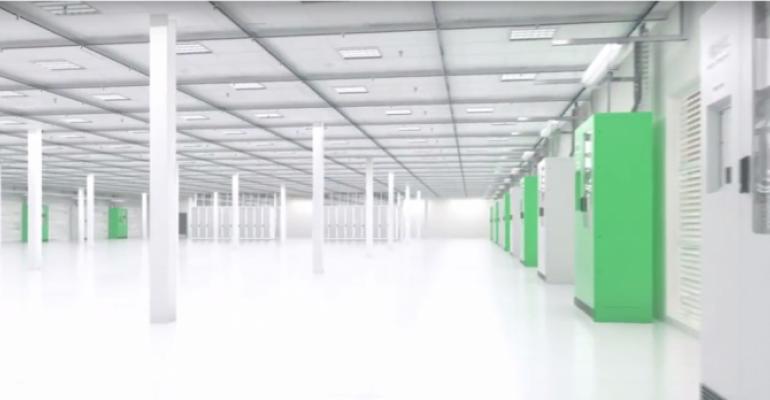 Virtus Data Centres, a major London data center provider, said Tuesday it will spend £500 million to add five data centers across its two existing campuses in the London market – one of the world’s largest data center markets. The addition of three facilities at Virtus’ Slough campus and two at its Stockley Park campus, launched just last year, will about double the ST Telemedia-owned provider’s capacity, according to the company.

Demand for data center space in large European cites is growing quickly. While there is steady demand from traditional enterprises (banks, retailers, and so on), an unprecedented rate of growth in many top data center markets is being driven by hyperscale platforms, such as Amazon Web Services and Microsoft Azure. London, Europe’s largest data center market, is one of those places.

Like other providers in the top markets, Virtus is building to stay ahead of the ballooning demand. Just in December, it finished fitting out a new London data center; today, the company said, more than 70 percent of the facility is under contract. Two of the three Slough data centers it announced Tuesday are due to go live this year and next; both already have anchor tenants signed, according to the statement. A Stockley Park data center completed last July is 75 percent leased, the company said.

“Given the significant increase in quarterly take-up, the developer-operators are challenged to bring on new supply fast enough,” authors of a recent CBRE report on the four biggest European data center markets (Frankfurt, London, Amsterdam, and Paris, or “FLAP”), wrote.

In the report, covering market dynamics in the third quarter of 2018, the commercial real estate brokers projected that data center providers would have close to 1,600MW of capacity across the FLAP markets this year. Just under 1,300MW would be under contract by the end of the year, they forecasted.

Between the start of 2018 and the end of the third quarter, data center providers leased 50MW of capacity in London, according to CBRE. No European market had ever seen that much absorption over three quarters previously, the report’s authors said.

Two-fifths of that was leased in the third quarter, including “a large double-digit transaction” with a hyperscale client by Virtus in Stockley Park.

In another sign of the times – when more and more industry insiders report that rack power densities are rising – Virtus said it’s building the new facilities to be “liquid cooling-ready.”