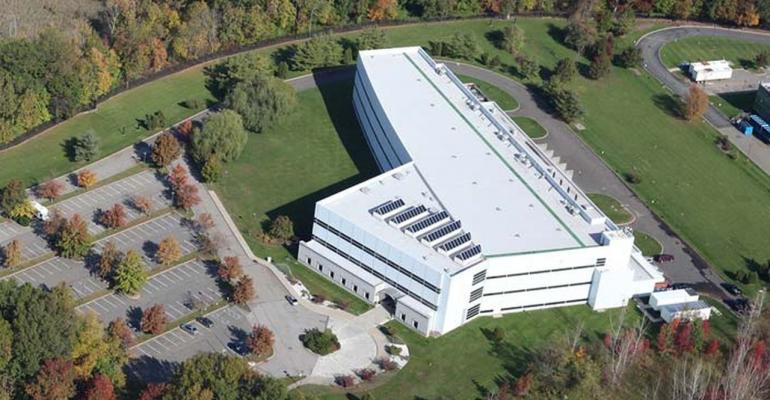 The scramble may be on to seize a prime spot that, by virtue of being very, very close to dark fiber, could be America’s closest connection point to the UK.

It’s by no means a new facility, completed in 1989.  But whenever space becomes available there — as was the case in 2009 — it makes news.  It’s a prime property, with 100 Gbps direct access just yards away from Telehouse’s NYIIX, an emerging Internet exchange point (IXP).  Earlier this month, Telehouse launched a strategic partnership with the London Internet Exchange (LINX), one of the world’s busiest exchange points with average throughput listed at over 4.1 terabits per second.  (NYIIX reaches 1 Tbps at peak traffic levels, according to a Telehouse statement last December.)

Back in 2007, Telehouse made news by increasing the number of fiber entry points into the 7 Teleport facility to three, by way of underground fiber paths with direct connections to three carrier hotel points on Manhattan Island, plus trans-Atlantic cable heads on Long Island.  Since that time, it’s added transport to more local carrier hotels, including one in Newark, making it arguably one of the premier carrier-neutral locations in the region.