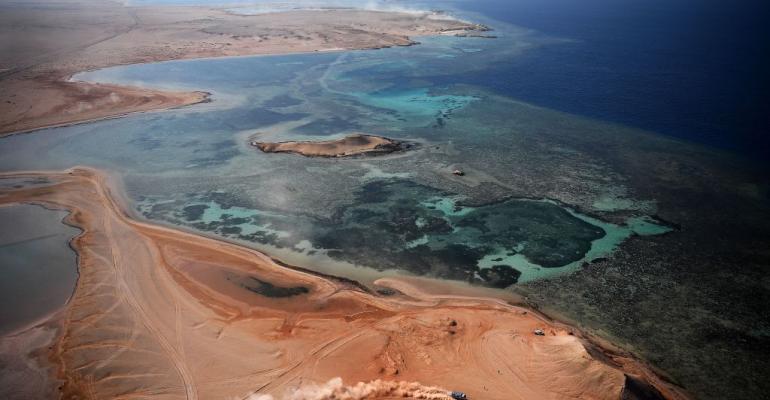 Neom might not have flying cars – but it will have servers.

Neom Tech & Digital Company – the organization responsible for the development of IT infrastructure serving Neom, a futuristic planned city in northwest Saudi Arabia – has announced details of ZeroPoint DC, its first data center.

The facility, being built in a $500 million joint venture with Ezdihar Advanced Company for Information Technology (EzdiTek), will offer colocation and managed services and aims to be operational in the first half of 2022.

The organization says it has secured Oracle as an anchor tenant; the company will use ZeroPoint to deliver Oracle Cloud Infrastructure (OCI) services to customers across EMEA.

“ZeroPoint DC will support these unique cognitive solutions, and others that follow in their footsteps, by providing fast, effective, high-capacity connectivity, computing power and data storage."

If you build it, they will come

The Neom project was announced by Saudi Crown Prince Mohammad bin Salman in 2017, as a $500 billion smart city to be built on a 468km stretch of desert coastline.

It is envisioned as a hub for emerging technologies like robotics and artificial intelligence, with “purpose-built data centers” pitched as one of its core focus areas.

Since its inception, Neom has been a source of speculation and controversy; the project was accused of setting unrealistic goals, and its CEO admitted in 2019 that the tech required was “in some cases still in development and maybe theoretical.”

The recent addition of The Line, a 170-kilometer ‘linear city’ that is supposed to have 1 million citizens, no cars, and a single street, has done nothing to help the image of the project.

Construction of a hyperscale data center would go some way towards grounding Neom in reality, and fulfilling at least some of its technological ambitions.

“The hyperscale data center will drive wider network opportunities and future partnerships and is a testament to the innovation at the heart of Neom," said Joseph Bradley, CEO of Neom Tech & Digital Company.

According to the announcement, the first phase of the project will feature three data centers, with up to 36MW of total power from renewable sources, and access to multiple submarine cables.

The campus was designed by American architecture firm Gensler, and the construction work is being carried out by European digital infrastructure specialist RED.

The announcement mentioned that the site will eventually offer customers the option to “build and operate their own data centers (subject to Neom's guidelines)” – but provided no further details.