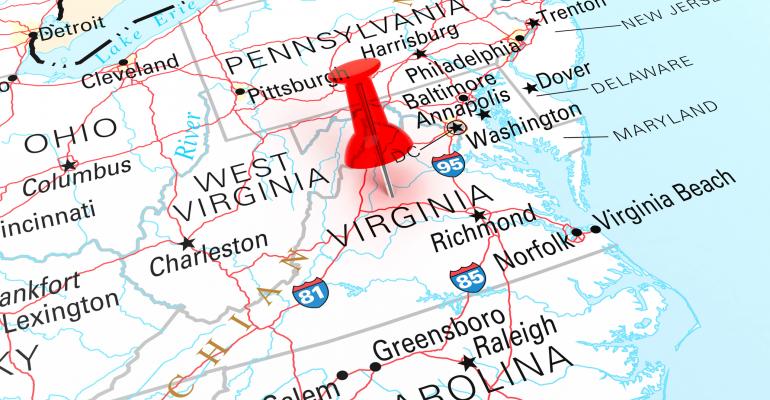 More than half of the economic development in the state of Virginia last year was due to data centers.

That’s according to The Impact of Data Centers on the State and Local Economies of Virginia report, released on March 24. The report was produced by the Northern Virginia Technology Council, a trade association representing the region’s tech community, with about 500 member organizations.

Across the state, data centers continue to be the major drivers of investment in Virginia. “According to information from the Virginia Economic Development Partnership (VEDP), in 2021, 62% ($6.8 billion) of all the new investment announced by VEDP was from new and expanding data centers,” the organization noted.

This is particularly true in northern Virginia. The region’s total data center capacity more than doubled from 2018 to 2021. As of last year, the data center inventory in northern Virginia exceeded that of the next five largest markets (Chicago, Dallas-Fort Worth, Silicon Valley, New York/Tri-State Area and Phoenix), with an annual compound rate of growth of 25% from 2014-2021, the organization said.

At the same time, the report noted that data centers are no longer limited to northern Virginia, but are now being located more evenly throughout the state.

Many more data centers in Virginia

Data centers were directly and indirectly responsible for generating $174 million in state revenue and $1 billion in local tax revenue in Virginia, according to the report. In Loudoun and Prince William counties, for example, every dollar invested by the county in data centers returned more than $13 in tax revenue, it said. The report noted it couldn’t provide similar calculations for other counties because local data wasn’t available.

The effect on jobs

Particularly noteworthy is the industry’s effect on jobs, because data centers are sometimes criticized for not generating many jobs compared with the amount of electricity they use. According to the report, in 2021, the data center industry in Virginia provided approximately 5,550 operational jobs and almost 10,000 construction and manufacturing jobs. Of these, approximately 88% (4,920) were in northern Virginia, while 6% (330) were in southern Virginia, 5% (250) were in central and coastal Virginia, and 1% (50) were in the Valley and western Virginia.

Those jobs were responsible for $1.6 billion in employee pay and benefits, and $7.5 billion in economic output, according to the report.

Moreover, for every job inside a Virginia data center, there is a multiplier effect of 4.1 additional jobs supported in the rest of the commonwealth, with 45,460 supported jobs in 2021, the report claimed. Those jobs were responsible for $3.6 billion in associated employee pay and benefits and $15.3 billion in economic output, it noted.

Companies that produce equipment for data centers have also been setting up shop in Virginia. These include a new $36 million manufacturing facility in Botetourt County by Munters Group, a global manufacturer of air treatment and climate control equipment, including data center cooling systems; the Irish Hanley Energy established its US headquarters and manufacturing plant for energy monitoring products in Ashburn, expecting to employ 170 workers by the end of the year; and the British Aggreko, which produces temporary power generation and energy storage equipment for data centers, is building its North American headquarters in Loudoun County.

The organization credited much of Virginia’s data center investment to a sales and use tax exemption on some equipment for data centers that are large enough to qualify.

Today, more than 30 states offer some sort of incentive program to attract data centers. Twenty-six states have sales and use tax incentives that last for 10 years or more, with 11 of them having incentives that are valid indefinitely, the report said.

A number of these states have added sales tax exemptions recently, with other states such as New Jersey are considering exemptions after seeing their effects. “There is a growing realization that the New York-New Jersey region lost its lead in the data center market to Northern Virginia, at least in part because New Jersey is not competitive with other markets on taxes,” the report noted.

In Loudoun County, data centers bring in half a billion dollars in local tax revenue a year and are on track to bring in $1 billion a year in the next decade, said Buddy Rizer, the county’s executive director of economic development. That has allowed Loudoun to put $1 billion into roads and build 36 schools over the last 15 years, he said. “That level of revenue really helps.”

Moreover, the state’s Joint Legislative Audit and Review Commission determined in 2019 that “90% of the data center investment made by the companies that received the sales and use tax exemption would not have occurred in the state of Virginia without the incentive.”

In addition, many data centers must pay state sales and use taxes on their purchases of data center equipment because they are not large enough to qualify for data center incentives in Virginia, the report noted. They locate in Virginia anyway because data centers tend to cluster to take advantage of the existing local fiber and power infrastructure.