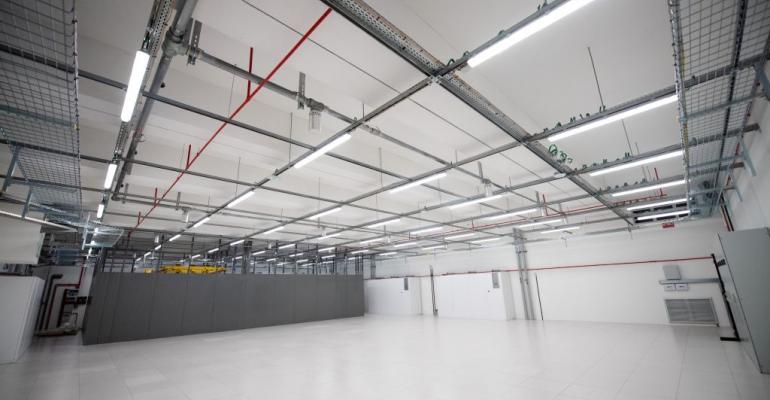 The firm reports record data center construction, and record colocation demand – but the industry continues to suffer from staffing shortages.

Though 2020 was a banner year for data center development, it was eclipsed by 2021, according to the 2021 Year-End Data Center Outlook – covering the second half of the year – from real estate services giant Jones Lang LaSalle (JLL). However, further development could be hampered due to skyrocketing land prices, global supply chain issues, and lack of staff, the company warned.

“This has resulted in hyperscale users competing for data center space that can accommodate large-scale growth that was previously unheard of (i.e., 36+ MW requirements). There are now more 20+MW requirements than there are 1MW requirements.”

Absorption was particularly impressive in Northern Virginia, more than twice as high as runner-up Phoenix, with 338MW leased in that region alone.

Core European markets met earlier projections and recorded 219.3MW in colocation absorption, an increase of 9% year-over-year, JLL reported. While absorption in Paris and Dublin was higher in 2021 than in 2020, London, Frankfurt, and Amsterdam all recorded decreases.

Considering the level of demand, it’s not surprising that the global construction pipeline also reached a new record in 2021, particularly in the United States, where it grew by 18.9% year-over-year, reaching 727MW.

Spurring the growth? Ironically, it was COVID-19. “The pandemic has accelerated data center demand and sparked interest among investors,” JLL wrote. “The combination of remote work, projected increases in IT spend, and even esports have contributed to robust demand.”

What COVID giveth, COVID also taketh away. Supply chain issues caused by the initial COVID-19 outbreak, as well as the Omicron outbreak, delayed projects across the globe, David Barnett, director of Americas Research, wrote in the report. JLL expects data center developers and operators to increase their supplier pools to deal with this issue, or even to begin designing their own equipment to avoid competition for limited supply from larger operators.

Despite supply chain issues and project delays, the construction pipeline remains strong and should continue to be robust through 2022, JLL predicted.

Needless to say, Northern Virginia continued to dominate the market with 200MW under construction, but it was actually beaten by Northern California, which recorded 205MW under construction in 2021. Other growth regions in North America included the Northwest, Phoenix, and Toronto.

Many industries have reported trouble attracting and retaining talent, and data centers are no exception. “According to Uptime, 2.0 million full-time employees will be needed globally in 2021 and the number will be close or equivalent to 2.3 million by 2025,” JLL reported, noting that 47% of respondents in Uptime’s latest survey said they are already having a difficult time finding qualified candidates – an increase from 38% in 2018. Staff retention is also an issue, with nearly a third having trouble, up from 17% in 2018.

Admittedly, this is more of an issue in some regions than others. Despite the booming growth in data centers in Northern Virginia, it ranks only fourth in job growth, after the Atlanta, Seattle, and Phoenix regions.

The staffing issues could limit data center expansion, JLL warned. In addition to COVID-19 and supply chain disruption, negative factors include demographic trends, educational attainment, and the business environment, according to the report.

How to solve it? JLL recommends that data center operators partner with universities and even high schools to build a labor pipeline and build training programs using augmented reality so employees can be trained without having to visit a facility.

As the result of all this demand activity, the market has seen a boom in mergers and acquisitions, according to the report. As with construction, the level of deals hit even higher levels in 2021. While $34.5 billion of activity was executed in 2020, $47.1 billion was recorded in 2021. JLL cited three major deals of note:

And what about sustainability?

Sustainability continues to be an important trend for data center construction and operation. While power usage effectiveness (PUE) has improved since 2007, it has leveled off in the past few years, with JLL citing Uptime figures.

Data centers are addressing the sustainability issue through power purchase agreements (PPA), with hyperscalers emerging as the top PPA investors in the US, as they look to increase their renewable energy portfolio performance, the report noted. “This enormous PPA contract volume shows that large data center operators are taking the initiative to work their way to carbon natural commitments and set up an industry standard for the rest of the enterprise and colocation data center operators,” the authors added.