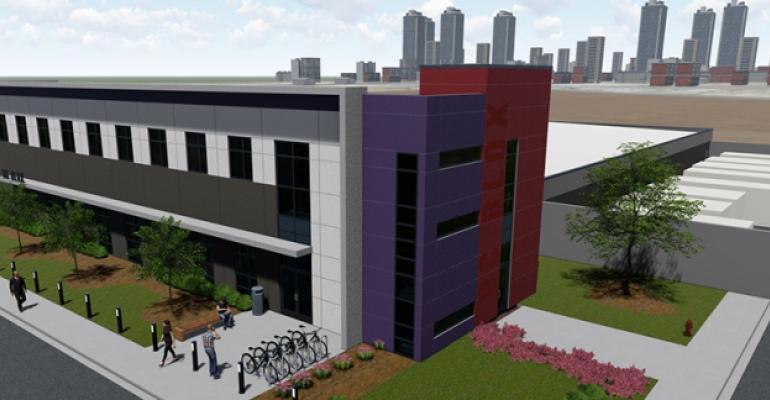 Colocation provider DC Blox has bought land for a data center and office campus in Birmingham, Alabama • Once launched, it will be the company's fourth location out of 19 it plans to build across secondary markets in the Southeastern US • The company plans to always have two new projects underway until it meets its goal

DC Blox has an ambitious build-out plan, envisioning a network of data centers eventually stretching across 19 secondary markets in the Southeastern US.

The colocation provider is targeting local and regional businesses in markets like Louisville, Kentucky, and Augusta, Georgia, bigger companies looking for edge locations in such markets, and companies with primary data centers in big markets like Dallas and Chicago needing backup sites nearby.

Today, only two of those 19 locations are online: Chattanooga, Tennessee, and Atlanta, where the company is headquartered. Earlier this month, DC Blox announced a land acquisition and a plan to break ground in its third location, on a 27-acre site adjacent to downtown Birmingham, Alabama, formerly occupied by a steel plant. The company plans to start construction this August. When it launches the first phase in Birmingham, the company will have a total of four data centers up and running. It has a second Alabama location under construction, in Huntsville, expected to open its doors in mid-September. Huntsville is about 95 miles north of Birmingham and 100 miles from Chattanooga, where DC Blox launched a data center about a year ago.

According to Stoever, Birmingham is also the largest city in the US without a highly reliable, purpose-built data center.

DC Blox managed to negotiate tax breaks for its future tenants with local officials in the form of a 10-year abatement of the non-education portion of state and local sales tax. Essentially, that means its tenants will pay lower sales tax on servers and other equipment they buy to use at the property.

State and local officials have been eager to breathe life in the property, vacant since the 1980s. Economic development has been high on their list of priorities after Jefferson County, which includes Birmingham, filed in 2011 for the largest municipal bankruptcy in US history.

If DC Blox is successful in leasing space at its future campus, its investment over the next 10 years may reach as much as $785 million, the company said in a statement.

In addition to a 20,000-square foot data center, the site will accommodate 11,000 square feet of office space as part of a "technology and innovation" campus. It will provide space for the university, a local tech-startup incubator called Innovation Depot, and Tech Birmingham, a tech-focused business association.

"We'll have transformers, and we'll have conduit in place, so all we'll need to do is place a generation switch and then the busways inside the second hall," Stoever said. "We'll have the piping already set up for cooling, and we'll just put the condensers on, the CRAC units inside, wire it up, and away we go."

He seems confident the company will find success in Alabama's largest city, with population over 200,000. According to him, DC Blox already has a stack of letters of intent from companies promising to lease floor space.

When the data center opens, six months will have passed since those letters were signed, he said, and the company expects at least some of the clients that signed them to need more space than originally reserved shortly after launch.

"We'll probably be able follow the same path as Chattanooga, where we leased close to 70 percent in less than a year," Stoever said. "I think that first hall will go pretty quickly, and we will probably be looking to outfit the second hall within six to seven months of its opening."

The company wants to always two have new facilities under construction until it meets its goal, but it doesn't mean it will be constantly expanding into additional cities on its list, he explained. Depending on demand, it may expand in existing locations instead of adding new markets.

To stick to its timetable, DC Blox is already scouting locations for its next two projects. It's already identified one but has yet to make an offer, Stoever said.

In an apparent swipe at tech giants that have been playing cities against each other to secure massive tax breaks in exchange for choosing a city to build the next hyperscale cloud data center for hundreds of millions of dollars, Stoever said DC Blox spends more time listening to what the local communities need.

"We don't go to a city or location and say, we are DC Blox, and we are really important and are going to spend millions and millions of dollars here, so what will you give me," he said. "When we enter a community, we say, this is what we'd like to do, and this is what we're trying to accomplish. How can we work together to make this really good for me and really good for you? We don't show up with our hand out; we kind of show up with our arms open, saying let's work together."