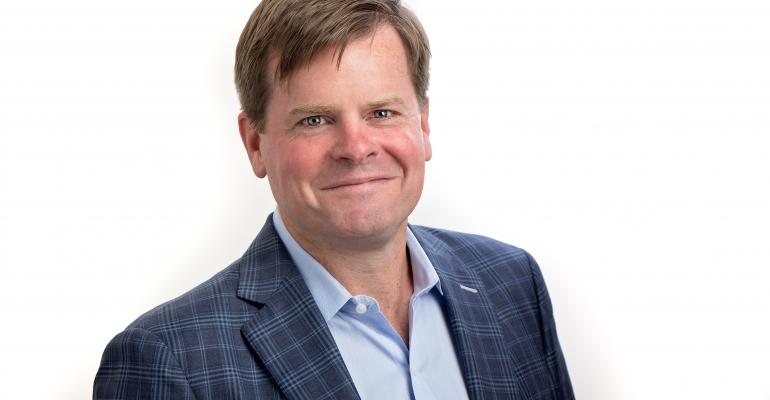 Evoque’s New CEO Has Yet to Meet His Team

Andy Stewart’s goal is to quintuple Evoque’s value in five years. Here’s how he plans to get there.

How many CEOs can you think of that have led a $1 billion-plus global company without ever meeting anyone on their team in person? The COVID-19 pandemic and the accompanying restrictions on face-to-face interaction have made Andy Stewart one rare example of such a CEO.

Stewart took helm of Evoque Data Center Solutions, a company valued north of $1.1 billion, about four weeks ago. He never had an in-person interview during the hiring process, and he hadn’t met any of the data center provider’s employees until last week, when he visited some of its facilities in New Jersey.

He was only allowed to enter each of the data centers (in Secaucus, Piscataway, and Ashburn) after having his temperature taken, dousing his hands with sanitizer, and answering a list of questions. “They wouldn’t let me in otherwise,” he said on a Zoom call with DCK.

Stewart took over for Tim Caulfield, whom investor Brookfield Infrastructure Partners hired in 2018 to lead Evoque, the company it formed to turn a data center portfolio it had bought from AT&T for $1.1 billion into a stand-alone business.

Related: What Containers and Kubernetes Mean for Colocation Data Centers

In a statement, Caulfield said the time was right “to bring someone to lead the company through the next stage of development.” Evoque said Caulfield, during his 18-month tenure, helped the company “stabilize, retain the client base and build the shared service functions to support the international footprint and operations talent acquired from AT&T in 2018.”

Brookfield is one of the traditional infrastructure investors that in recent years have flocked to the data center and telecommunications space, attracted by its unprecedented growth so far and “secular” market trends that point to uninterrupted growth into the near future.

Brookfield has shown willingness to invest in the business for the long term, and Stewart has set some ambitious growth targets: double the revenue in the next 18 months (451 Research puts privately held Evoque in the $300 million - $500 million annual revenue bracket.) and get to $5 billion in enterprise value over the next five years. That’s $5 billion from $1.1 billion in late 2018.

His plan for getting there is a mix of acquisitions and “organic” growth. While it does sell to mid-market customers, Evoque is primarily after large enterprises with a global data center need. One “fast-growing” cloud services company, whom Stewart did not name, is currently deploying infrastructure in Evoque data centers in three countries, he said, offering an example of a sweet-spot customer type his company does well with.

Evoque intends to provide carrier-neutral colocation (both retail and wholesale) and higher-value cloud and managed services.

The latter part, the need for a company like Evoque to provide cloud and managed services, is a takeaway from Stewart’s last gig with a data center provider. For eight years starting in 2010 he occupied C-level roles at TierPoint, one of the largest national-scale providers in the US. He was its chief strategy officer during his last three years with the company.

TierPoint, he recalled, started with a focus on pure colocation. Within the first half of last decade management realized that smaller and mid-market enterprises didn’t just want colocation, they wanted colocation and some level of cloud and managed services. For many of them, buying own servers, storage, firewalls, and so on wasn’t efficient use of capital, so they looked to TierPoint to provide those things.

Evoque, whose focus under Caulfield’s leadership was on colocation at lower prices than competitors offered, plans to add higher-level services first by partnering with third-party providers and later by acquiring companies with such capabilities, Stewart said. Pure-play colocation is no longer a viable business model for a provider without a unique connectivity offering, such as Equinix’s, he said. (To be sure, Equinix today is hardly a pure-play colo provider, but its core value remains in its network-rich assets.)

Another dimension Stewart is adding to AT&T’s former colocation portfolio is wholesale data center space. “We’re seeing a lot of the small deals go away, and big deals get a little bit bigger,” he said.

Most of Evoque’s US assets have enough vacant and expansion space to cater to wholesale clients, such as hyperscale cloud platforms. The company can quickly add 10MW in Ashburn, Stewart said, 40MW in Chicago or Dallas, 20MW in Los Angeles, or 10MW in the San Francisco Bay Area.

At the time Brookfield bought the assets and formed Evoque, it owned about 60 percent of the US real estate in the portfolio and one site in the UK. The rest of international footprint (in Europe and Asia-Pacific) is leased. Much of Evoque’s initial M&A focus will be on adding capacity in the biggest international markets it’s already in, Stewart said.

The company hasn’t felt a big impact to its business from the pandemic, he said. Like its peers, it saw a big uptick in the amount of remote-hands work being requested by customers, whose data center teams had to stay home.

Enterprise customers did slow their spend, Stewart said, but there hasn’t been a change in the rate of customer churn as a result of COVID-19. “Enterprise has pulled back a little bit on net new” spending, he said. But the provider hasn’t seen “clients going out of business and turning off their equipment. Nothing like that.”