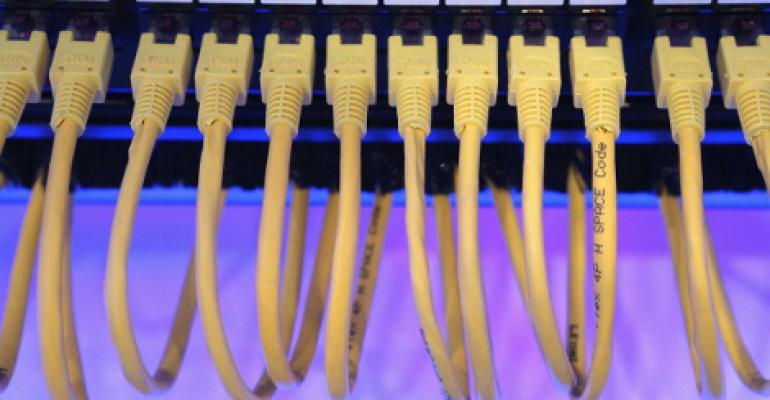 Total bandwidth on the private links companies use to interconnect their networks directly is growing faster than total bandwidth of the public internet and three years from now will outpace growth of the internet’s total bandwidth by almost two times, reaching about six times the volume of global IP traffic, according to a study by Equinix, the world’s largest data center colocation and interconnection provider.

In the first study of its kind, Equinix has attempted to quantify private interconnection and create a forecast model for growth of this type of network links. For the company, which charges customers monthly fees for every such link provisioned inside its data centers, interconnection has been the fastest-growing source of revenue; and it projects this business will only continue to accelerate, as digital business transformation marches on, spurring companies to seek more and more partners and service providers to link to without involving the internet, which is considered slower, less reliable, and less secure than private connections.

“The worldwide reliance on interconnection bandwidth is growing rapidly as businesses competing within this evolving landscape mature from exchanging traffic over a few connections through a single network carrier as the intermediary, to activating multiple direct interconnection exchange points among a global ecosystem of providers and counterparties,” the analysts wrote.

What kind of bandwidth are we talking about here? The report projects private interconnection to reach north of 5,000 Tbps by 2020. That’s enough to transmit all printed content in the US Library of Congress three times within one second, according to the analysts; or process more than half a million electronic payments per minute:

So who’s linking to whom exactly? At the highest level of abstraction, Equinix splits the participants into enterprises and service providers.

Enterprises are described as organizations that aren’t at the core in the business of providing infrastructure-oriented digital services; these are your banks, insurers, manufacturers, traders, professional services firms, energy companies, government agencies, etc.

Service providers by Equinix’s definition are companies whose primary business is telecommunications, cloud and IT, as well as content and media.

Here’s how both segments’ interconnection bandwidth needs will change between 2016 and 2020, according to Equinix (click chart to enlarge):

Interconnection bandwidth demand by enterprises — considered the largest growth area for all manner of service providers, from data center companies like Equinix to network, IT, and cloud providers – is projected to skyrocket over the next few years, going from 12 Tbps of installed capacity in 2016 to 547 Tbps in 2020, growing 160 percent annually (click chart to enlarge): US has the largest portion of total interconnection bandwidth today and is expected to retail that lead over the next three years, while Latin America will have the highest annual bandwidth growth rate within that timeframe: 62 percent per year, reaching 620 Tbps of installed capacity by 2020.