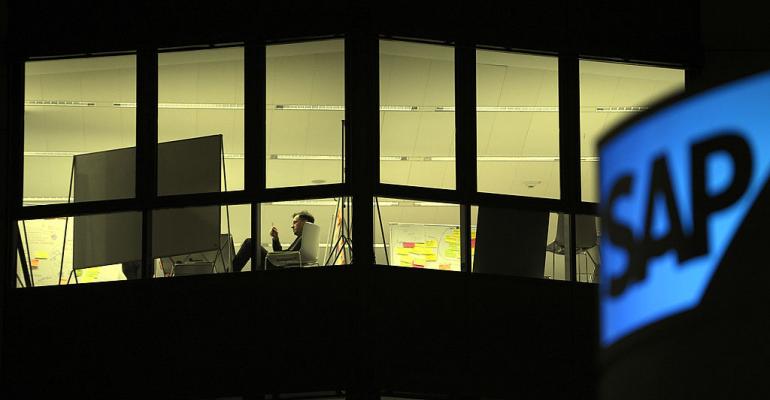 The other deal is with Rescale, a provider of high-performance computing infrastructure as a service. Rescale’s IaaS cloud is also now accessible by Equinix customers through direct connections that bypass the public internet. Rescale will offer access to its new ScaleX HyperLink infrastructure to meet enterprise users’ burst requirements. In other words, if your on-premises data center cannot handle a spike in demand, you’ll be able to add cloud capacity temporarily using this service.

A Big Deal for SAP

The partnership with SAP brings direct connections to the enterprise SaaS at eight Equinix data centers. This is important for SAP, considering that its biggest competitor in the CRM arena — industry leader Salesforce — began offering direct connections through Equinix in February.

“SAP joined the Equinix Cloud Exchange platform to address customer requirements for enterprise hybrid architecture in an environment that lends itself to the very highest levels of performance and reliability,” Christoph Boehm, senior vice president and head of SAP’s Cloud Delivery Services, said in a statement. “With SAP’s traditional base of more than 300,000 software customers seeking ways to take the next step in a cloud-enabled world, SAP has established efficient capabilities to deliver on those requirements.”

Direct connections to cloud services target enterprises, who are being courted by both data center operators and cloud providers. Since these connections bypass the internet, they are seen as all but doing away with security, latency and throughput issues that are thought to be keeping many enterprise customers from embracing public clouds.

In June, Equinix’s major rival and landlord Digital Reality Trust released results of a study of direct connections between its data centers and IBM Bluemix, which revealed 50X less latency and more than 55X greater throughput. Security is also improved with direct connections, because data doesn’t mingle with internet traffic.

SAP has much to gain through arrangements such as this one. The company has been paying a price for being late to the cloud game, which it entered in 2012, and doubtlessly hopes that partnering with Equinix will help its efforts to catch up. Citing 2016 figures, Forbes reported that Salesforce, which entered the cloud-based CRM space early, has seen its market share double since 2010 to 22 percent, while SAP has seen a decline from 15 percent in 2010 to around 11 percent.

For Equinix, the worlds leading global colocation data center provider, deals like this are now business-as-usual. The company has long offered direct connections to all major IaaS public cloud providers — Amazon Web Services, Microsoft Azure, Google Cloud Platform, IBM Bluemix, and Oracle Cloud — and has been on a tear signing direct-connection partnerships with major enterprise SaaS providers like Microsoft 365, Google G Suite, Salesforce, and now SAP. Going after top SaaS providers has been a big part of the company’s strategy since at least 2015.

“Equinix recognizes that enterprise cloud needs vary, and by aligning a company’s business requirements to the best cloud services they can create a more agile, flexible, and scalable IT infrastructure,” Charles Meyers, Equinix’s recently appointed president of strategy, services and innovation, said in a statement.

Direct connections with SAP will initially be offered in Amsterdam, Frankfurt, Los Angeles, New York, Silicon Valley, Sydney, Toronto, and Washington, D.C., with more to be added later this year.

The partnership with Rescale also targets the enterprise, primarily by offering hybrid cloud customers a way to easily scale out from their on-premises infrastructure to the public cloud during times of peak demand.

“Although many enterprises have already made the move to cloud for certain data services, many are reluctant to make the move for one of their largest investments: on-premise, high-performance computing,” Tyler Smith, Rescale’s head of partnerships, said in a statement. “Rescale helps ease the migration process with a hybrid and burst solution, making best use of existing and cloud resources in tandem, and the partnership with Equinix adds a compelling layer of ultra high-speed data transfer and best-in-class security, while allowing the enterprise to keep their preferred private/public cloud model.”

Steve Steinhilber, VP of business development at Equinix, indicated that this partnership might be seen as adding to their data centers’ infrastructure in a way that will be enticing to potential enterprise customers.

“By working with Rescale, we are able to add a big compute stack to our existing interconnection offerings and IaaS capabilities,” he said, “and it enables our customers to run high-performance computing jobs in a turnkey and on-demand fashion. Through colocation or just leveraging the Equinix platform, Rescale and Equinix are providing a holistic approach to compute intensive workloads.”

Traditionally, most of Equinix’s users have been service providers.