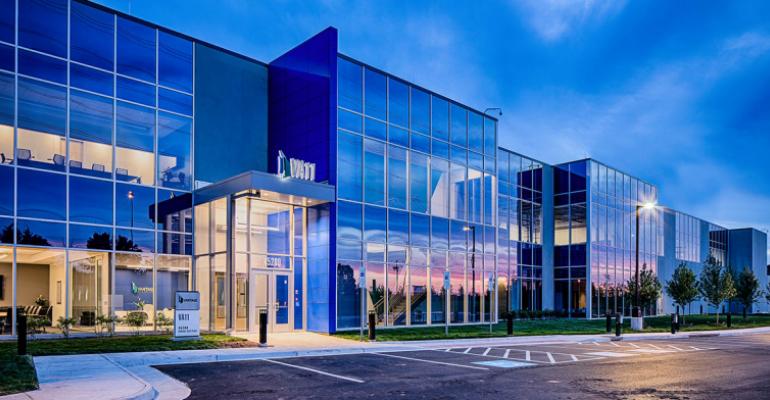 Vantage now operates 26 data center campuses across five continents, up from one geographic location in 2016. Here’s how it happened.

The evolution of Vantage Data Centers as the hyperscale platform company for DigitalBridge (DBRG) is also the story of how Vantage CEO Sureel Choksi has had to continuously adapt his strategy.

The rise of Vantage over the past six years is truly impressive. In 2016, Choksi was mainly focused on the challenges of expanding in Santa Clara, California, to provide additional space for existing and new customers. However, Vantage's main investor Silver Lake Partners had been looking for an exit strategy for about eight months.

Silicon Valley was – and remains a high barrier to entry data center market which can make both development and large-scale leasing "lumpy" year-over-year. The next Vantage project was a data center campus in Quincy, Washington.

But the tipping point occurred in early 2017 when the business was purchased from Silver Lake Partners by a consortium including Digital Bridge Holdings (a leading global communications infrastructure company), Public Sector Pension Investment Board (PSP Investments), and TIAA Investments, an affiliate of Nuveen, which made the investment on behalf of TIAA’s general account.

The Vantage acquisition followed a few months after Digital Bridge had acquired DataBank, a retail colocation-focused operator, which was the original data center platform company. To steer Digital Bridge's data center strategy, its CEO Marc Ganzi brought on board Michael Foust, co-founder and former CEO of the world's largest wholesale data center provider, Digital Realty Trust. Foust is the chairman of DataBank, and also serves as chair of Vantage's board of directors.

In an interview with DCK, Choksi said he felt "relieved and excited" to be teaming up with Digital Bridge and Foust. He said the deal was "the ideal scenario," since existing Vantage management, employees, and customer relationships all remained in place.

The due-diligence process around the deal showed Digital Bridge that Vantage "under-promised and over-delivered," Ganzi said in an interview with Data Center Knowledge in 2017. "At the end of the day, Vantage will be able to expand if customers have confidence and want to follow Vantage into other markets to assist with future capacity needs."

Fast-forward to March 2022, and Vantage now operates 26 data center campuses across five continents. Here is how it happened.

In a sense, Vantage has not stopped growing since Digital Bridge "reset the shot clock" in 2017.

The capital infusion from Digital Bridge has enabled the company to make long-range plans to expand beyond its Silicon Valley data center footprint, into Ashburn, Virginia's "Data Center Alley," and evaluate other top-tier US wholesale data center markets. Land was purchased in Northern Virginia, and Vantage broke ground on the campus as soon as entitlements were obtained.

It would require another $1 billion of capital to complete this campus. In February 2018, Vantage announced the issuance of $1.25 billion in securitized notes, a first for the data center industry. The company did this again in 2020, raising $1.3 billion.

In June 2018, Vantage broke ground on "CA2," a 77MW campus in Santa Clara, in order to provide space and power for customers, as the legacy campus was almost entirely leased.

In January 2019, Vantage announced a 50-acre campus to be located in Goodyear, Arizona (forming a part of the greater Phoenix data center market). The campus is planned for 160MW at full build out.

In February 2019, Vantage completed construction of the first phase on the Ashburn, VA campus, providing 6MW of IT capacity.

However, there was another announcement in January 2019. Vantage was expanding into Canada by purchasing 4Degrees Colocation, which immediately gave it pins in the map and room to expand in both Montreal and Quebec City.

In January 2020, Vantage announced the first expansions outside of North America. In aggregate, an investment of $2 billion to fund the purchase of Etix Everywhere (primarily to obtain a 55MW site in the Frankfurt, Germany). The Etix acquisition, along with greenfield developments, immediately gave Vantage a presence in Berlin, Milan, Warsaw, and Zurich.

In July 2020, Vantage had another blockbuster announcement, this time in the UK. It purchased the assets of Next Generation Data (NGD) which included a 180MW campus – the largest in Europe.

Additionally, in July 2020, ColonyCapital and Vantage announced a $3.5 billion strategic partnership to fund growth of Vantage data centers across North America and Europe.

In September 2020, Vantage announced expansions in Ashburn and Silicon Valley, totaling 68MW of IT capacity.

In November 2020, another blockbuster announcement: the acquisition of Hypertec's hyperscale data center business, giving Vantage three campuses in the province of Quebec with an aggregate 81MW of IT capacity.

Fast forward to September 2021, and Vantage announced its initial investments in the Asia/Pacific region. The company was aentering another five markets with the acquisition of Agile Data Centers, and planned acquisition of the PCCW data center business.

In October 2021, Vantage announced its first development in Africa, breaking ground on the first phase of an 80MW data center campus in Johannesburg. The design is for three two-story data center buildings.

In December 2021, Vantage finalized the PCCW data center acquisition. This gives the company 100MW of data centers and expansion capacity in Hong Kong and Kuala Lumpur.

Most recently, Vantage announced a CAD$900 million expansion of existing campuses, and plans to fund a third data center campus in Montreal.

I rarely write "listicle" style articles. However, in this case I was having trouble understanding the rapid expansion of Vantage under the DigitalBridge (DBRG) umbrella. Now we have a timeline of significant deals to refer to in the future.

When we spoke to Vantage CEO Choksi earlier this week, he told us "financing has been a full-time job during the last five years, and DigitalBridge has been incredibly supportive." In fact, from his perspective, the DigitalBridge relationship has been a "match made in heaven."

DigitalBridge CEO Marc Ganzi has put together an impressive collection of portfolio companies across the entire digital infrastructure landscape. His vision for converged digital infrastructure includes cell towers, fiber, small cells, in addition to Vantage and DataBank. Notably, among fiber assets, Ganzi chose to purchase Zayo and take it private. During the interview, Choksi reminded me that he sits on the Zayo board of directors.

It appears that DigitalBridge has become a serious infrastructure player in just a few years. There is no true "peer" for investors to compare to DBRG. It has already become a serious competitor for both publicly traded and privately held companies.