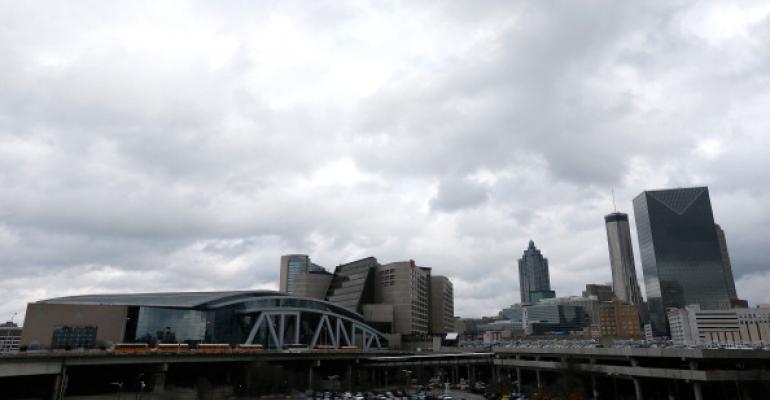 DataBank, the Dallas-based data center provider that’s been expanding rapidly since being acquired by Digital Bridge Holdings last year, is building a data center in Atlanta, which will house supercomputers for Georgia Institute of Technology. The university will be the facility’s anchor tenant, meaning there will be space for others in what will be DataBank’s first site in the Atlanta data center market.

Digital Bridge also owns several cell-tower companies and a mobile connectivity solutions provider, and its play includes leveraging a combination of those assets and data center space around the country to provide end-to-end infrastructure services to the likes of Verizon Communications or Alphabet’s Google.

But the deal in Atlanta is different. It’s a 94,000-square foot data center development that so far appears to be a pure colocation play, although the nature of its anchor tenant calls for a high-density design, up to 45kW per rack.

“Georgia Tech’s premier academic and research programs will be the main tenant under a long-term lease for both the data center as well as the adjoining office tower,” DataBank said in a statement.

Atlanta has been heating up recently as a data center market. Digital Realty Trust is expanding capacity in the market, and Switch announced a large new build there. Some new players have entered via acquisition, including Ascent, which bought a BlackBerry data center in Atlanta, and Lincoln Rackhouse, which acquired a data center in the market from a corporation whose name was not revealed.